When Blockbuster Forgot What Business They Were In 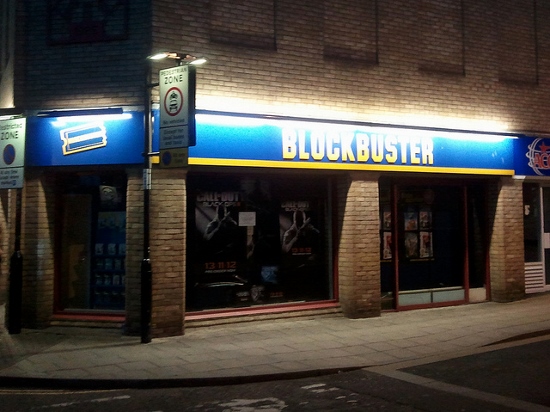 (Ongoing live-blogging my new book in progress.)
Ask anyone you know why the Blockbuster empire collapsed and they’ll tell you in one word: Netflix. Blockbuster, with its thousands of stores was a dinosaur that was unable to adapt to changing technologies and market dynamics. But the truth is very different. And this is the untold true story of what really happened to one of America’s most beloved brands and why it’s a lesson every business leader should read.

Here’s the real story: in 2006 and 2007, Blockbuster had Netflix on the ropes and Netflix CEO Reed Hastings was asking them to acquire his company. No, Blockbuster didn’t fail because of the competition; it failed because of boardroom infighting and one of the most disastrous CEO changes in American business history. At a conference call with analysts in 2007, Netflix CEO Reed Hastings mentioned Blockbuster 22 times. He admitted they had not yet formulated a plan to stop Blockbuster stealing their customers at the rate of a million a year. He said Blockbuster had thrown everything at them but the kitchen sink. The next day a large box arrived in Hasting’s office: a kitchen sink with a note from Blockbuster COO Nick Shepherd: “Here’s your sink.” 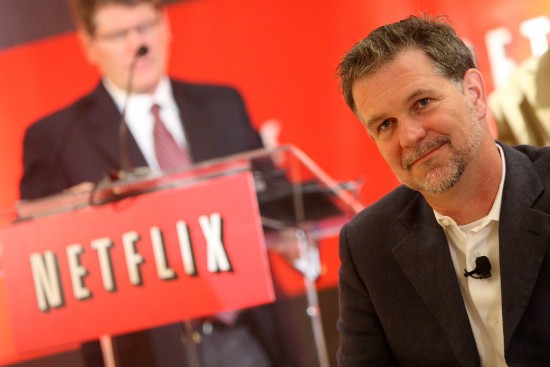 By 2007, unable to fight any longer, Hastings received permission from his board to begin merger talks with Blockbuster. In the end, Blockbuster decided they didn’t need Netflix, their growth was that strong. Netflix was on their way down. They had nowhere left to go.

And then something astonishing happened. Blockbuster blinked. A boardroom dispute resulted in a change of CEO. The new man didn’t understand what business Blockbuster was really in. He started changing the game plan, including pulling out of their Internet efforts. Within 18 months, he had lost 85% of the capital value of the company. Within two years, he lost it all.

When a once successful company loses touch with the purpose that made it great, disaster follows. if you want a proof that purpose matters, look at what happened to Apple between 1985 and 1997. Jobs and Wozniak had built Apple up as a company that made super high quality, high margin products noted for their elegant design and noted for their ability to help normal people like me do elegant work. But after the board booted Jobs out of the company in ’85, Apple went through a series of CEOs who really didn’t get it. They lost sight of the purpose of the company.

John Sculley was a very smart man, no doubt. And he seems to have been inspired by Jobs’ call to spend his life doing more than selling “sugared water.” But he brought the same consumer product marketing mind to Apple that he had used at Pepsi. He began to commoditize Apple products, and Apple’s loyal brand fanatics left them in droves. When that didn’t work out, he was replaced by a new CEO, Michael Spindler, who continued to find a way to restore Apple’s sales and even began takeover talks with IBM, Sun, and Phillips. When that didn’t work either, he was replaced by a third CEO, Dr. Gil Amelio. Amelio had been successful at cost-cutting and restoring National Semiconductor to profitability. But he didn’t understand the purpose of Apple, either.

Apple didn’t exist to sell commodity products that were just as good as or slightly better than PC clones. Apple existed to provide “the creative class” with elegantly designed tools that would help them become “insanely great.” Like Nike’s “Just Do It” challenge, Apple’s purpose was customer-focused: it was focused on what the customers needed Apple to be. And what is today one of the world’s most valuable companies was practically insolvent because they lost sight of their purpose. It got so bad that Amelio lasted only 500 days on the job. And in his last gasp, he was running a company that was just one quarter away from total insolvency.

Jobs came back, reestablished the sense of purpose with the Apple team, and the company took off again. Customers flocked back because they were drawn by the clarity of the brand purpose.

The story at Blockbuster was very similar. In its 20 year blaze of glory, from the time Wayne Huizenga took control of the tiny Dallas chain to the 3 year death spiral that lead to bankruptcy and the sale of assets, Blockbuster essentially had six CEOs. Three insisted Blockbuster was an entertainment company, three insisted it was a retail company. The retailers all failed, each in less than two years, each bringing the company to its knees and, finally, its death. Each of the failed “retail” CEOs presented the same business plan, virtually word for word, that had failed the company before. And each was entirely ignorant of their plan’s prior history of failure, as was the Board.

At its height in 2007, Blockbuster had more than 50 million members worldwide, people who had turned over their credit card information for the privilege of renting a movie in their local store or on line. 50 million people who wonder what happened. Millions of older people who saw their lives change when they walked into their first Blockbuster and found they had access to an entire library of movies to take home and watch. Millions of younger people who came into this life with Blockbuster as the brand that meant family fun, that meant movie night, that meant their first journey into the world of the story. Millions of people for whom the words “Make it a Blockbuster Night” still ring with profound resonance. Or would, if the company was still around.

The story is worth telling here and in the following sections because there are so many wonderful lessons to be learned. But let’s not start at the end or at the beginning: let’s start in the middle when the second of Blockbuster’s three failed CEO’s had just resigned in disgrace.