On Ice Cream and the Pursuit of Happiness 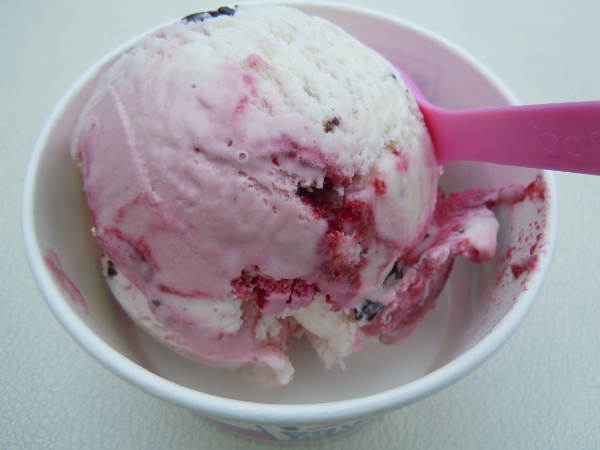 Branded to the Bone — Part One: Purpose

(Continuing live blogging my next business book!)
The first time I walked in the front door of Dunkin’ Brands headquarters in the leafy Boston suburb of Canton, I was hit by a powerful memory from childhood. In fact, I was hit by a series of them. The first hit came from Frank Griswold, the mayor of the Dunkin’ Brands lobby. The way he greeted me was just like the way shopkeepers used to greet me when I was five years old and my Mom or my Dad would walk me into a store. I remember red-faced, white haired men with ample bellies bending forward with their hands on their knees and greeting me like I was the most important little person they had seen all day.

That’s how Frank greeted me. He wasn’t bending forward, since I’m a good deal taller than he is, but in every respect that was the experience he hit me with. He wanted to know who I was and where I came from; what I wanted and how he could help me; what I liked and what we had in common. The only time he stopped cheering me up was when he interrupted himself to greet, by name, each of the employees passing through the lobby on the way to their offices. 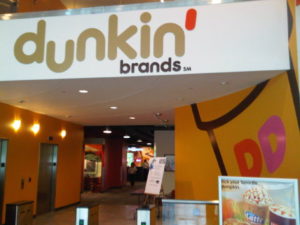 The second hit came when I looked past Frank to the area behind the security turnstiles. On one side of the rear lobby is a Dunkin’ Donuts counter and on the other side is a Baskin Robbins ice cream counter. You can walk up to either and help yourself to a donut or an ice-cream cone any time of the day. The memory hit me hard: I was a kindergartener in Whittier, California, the first time I walked into a Dunkin’ Donuts shop. I could smell it again. I could feel it. I could remember thinking how wonderful it must be to be one of the people who worked behind those counters; what it would feel like to take that sheet of wax paper and reach for a glazed donut or one of the ones with icing and sprinkles. Moments like those are huge to someone five years old and the rush of those feelings hit me as I stood there talking to Frank and looking over his shoulder at those racks of donuts.

I remembered the first time someone took me into a Baskin Robbins store, too. The bright colors and sparkling clean white coolers seemed magical and filled with possibilities. I was used to my ice-cream choices being limited to chocolate, vanilla or strawberry and here I was faced with thirty one flavors—31!—and it was mind-blowing at the time that there could even be so many flavors in the whole world. Flavors with names like Baseball Nut, Jamoca Almond Fudge and Blueberry Cheesecake. It was the best ice-cream I’d ever tasted but, more than that, it was an experience I never forgot.

What must it feel like to work for a company that sells that experience? It feels like Frank Griswold. Your work is a gift to others.

On another day at Dunkin’ Brands, working with a group of bright vice presidents on Leadership Presence, we were talking about how important it was for leaders to be able to personalize their presentations by sharing stories that help frame their message. I called for a field trip and marched everyone down to the lobby. We each scooped some ice cream for ourselves and then trooped back up to our conference room. As we sat there, I asked everyone to share a story from their childhood, a story of a time someone took them out for ice-cream. In every case, the memories were as sweet as the ice-cream. Each memory was of a moment of delight, a moment of joy.

As a statement of purpose, that’s pretty hard to beat: Baskin Robbins exists to provide moments of joy to small children and to give adults the chance to share those moments with kids. Imagine! entire business purposed around the pursuit of happiness. 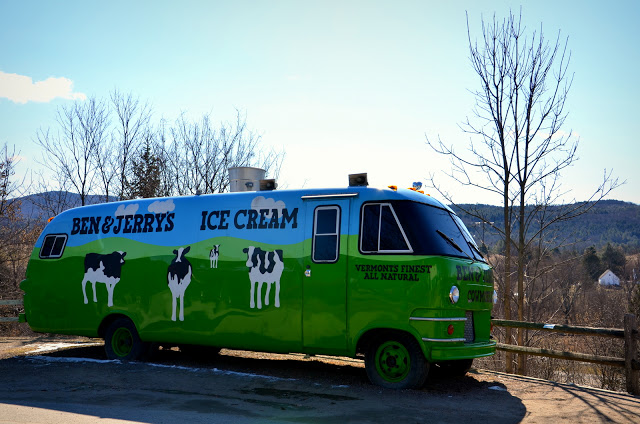 Maybe that’s why people love ice cream companies so much. People create fan sites about Ben & Jerry’s Ice Cream and make pilgrimages to their factories. Co-founder Jerry Greenfield makes it clear that he and his partner, Ben Cohen, started the business because they liked ice cream so much and wanted to be part of the revival of great quality ice cream. And for them, the business is as much about the community they’ve built—a community of people passionate about ice cream’s “little moment of joy”—as it is about the actual product. The same is true of the 108-year old Blue Bell Creameries, in Brenham, Texas. Who wouldn’t want to work in a place where they express their mission for being in the ice-cream business with the words: “We eat all we can and sell the rest!”

When they’re not busy eating ice-cream, they’re busy sharing it with others. Although their product is only for sale in 20 states in the U.S.—a regional geographic area that represents only 20% of the national market–they’re third largest selling ice-cream brand in the country. And they claim their Homemade Vanilla is the best-selling single flavor of ice cream in America. And it’s also considered the highest quality.

How’s this for clarity of purpose in the ice cream business?
“We eat all we can and sell the rest!”

On their hundredth anniversary, New York Times reporter R.W. Apple went to visit the company and try their ice cream. He wrote of Blue Bell that “with clean, vibrant flavors and a rich, luxuriant consistency achieved despite a butterfat content a little lower than some competitors, it hooks you from the first spoonful. Entirely and blessedly absent are the cloying sweetness, chalky texture, and oily, gummy aftertaste that afflict many mass-manufactured ice creams.”

And, by the way, this isn’t some boutique brand: this is supermarket ice cream. It’s not supposed to be this good and most of their competitors would try to make theirs this good. Blue Bell makes their ice cream so good because, well, that’s the point of their business.
Blue Bell’s CEO Paul Kruse admits that he and the other 3,000 employees could sell a lot more ice cream and they will, someday. But they take a very long view of their business. They’re very clear that their purpose is to be the best ice cream company in the business, not the biggest. Or the fastest growing. Or the most profitable. They clearly believe that maximizing pleasure comes before maximizing profits.

That may be easier for a company like Blue Bell, where the leaders and employees are able to reach and keep a clear consensus on the things that matter most and are able to exercise control all the way to the store shelves. It’s harder at a publically owned company like Dunkin’ Brands, with 17,000 outlets in sixty countries, nearly all of which are franchise owned.