You Can Build a Secret Army. Or You Can Be a Dodo. Choose Carefully. 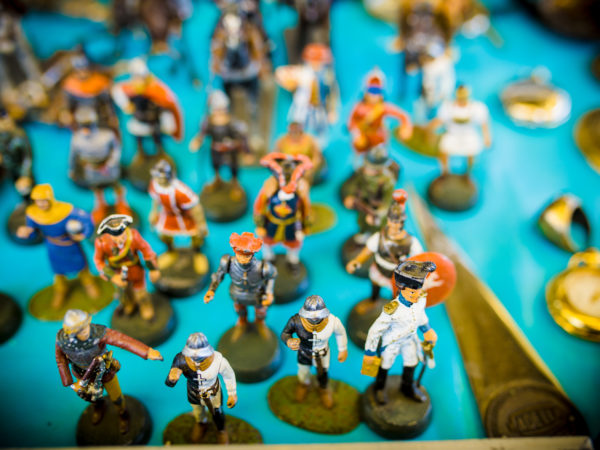 Once, at a dinner party in Dallas, I met a man who had grown up in Yorkshire in the 50s. He told me about a Friday night in 1962, when he was a 16-year-old working class apprentice, hanging with his mates outside a pub. His friends were going to see a film, but he had heard about an unknown band that was playing in the church hall. The band had come over from Liverpool. They called themselves The Beatles. So he went.

How long do you think it took before he was running through the town telling everyone he met about this rockin’ new sound? Because what he felt that night was more than the beat. He experienced the beginning of an evolutionary moment that got almost everyone on Earth between the ages of 9 and 29 singing the same song. I don’t know how much EMI records spent to promote the Beatles in those early years, but it was irrelevant. They didn’t need it because they had a secret army of kids rampaging through the streets of the world demanding more Beatles records.

That kind of revolutionary power is at the heart of The Secret Army: Leadership, Marketing and the Power of People, Gina Balarin’s new book. Inside, she explains that great brands are created not by marketing teams, but by secret armies of brand admirers, engaged employees and impressed communities of people who may not even use the product but admire what the company stands for.

At the heart of the book is a very simple but profound insight: most management narratives are not in our evolutionary interest. Our evolutionary strength is in our ability to form strong social organizations but, she points out, “in the office environment, with the increasingly stringent requirement to deliver results at almost any cost, this human need for social connection is being ignored – either because it is perceived to cost too much or to be inefficient, or because its importance is underestimated.”

Building a Secret Army starts, Balarin asserts, with highly conscious leaders who care deeply about people. They think of themselves as teachers who believe people are their most important product. This aligns with Jim Collins’ Built to Last, where he suggested the inciting principle of “a great, lasting company” was the desire to build “a great, lasting company” and then figure out what you were going to make or sell. Understanding that you can’t build a great company without great people, Balarin’s leaders focus on cultivating people to excel. “People,” she says, echoing the work of Daniel Pink, “need to be given enough independence to do what they’re good at doing (autonomy), they need to be able to work towards becoming a master of their field (mastery), and they need to have a purpose for doing what they do in the first place.”

Your employees are the largest regiment in your Secret Army. Feed them first.

Next in your army are customers, but you have to be careful: they can work for you or against you. You can only create meaningful relationships with your customers by truly understanding them. That doesn’t come from just from creating “customer personas.” It comes from spending time with them and understanding how they work. “Customers are human,” she points out. “And, at the end of the day, you’re never just selling what you think you’re selling to your customers. You’re actually selling something almost entirely nebulous. You’re really selling a feeling.” And social connection is all about feeling. All our choices are made in our unconscious minds. We only use our rational minds afterwards to … well, “rationalize” our decisions.

The human brain is designed to make connections. Author Matthew D. Lieberman, who wrote Social: Why Our Brains Are Wired to Connect, has found evidence that when our brains are ‘resting’, our default state is set so that our brains are actively processing and making meaning of our relationships, putting them into context and organizing our world.

Great leaders recognize the need to connect. That’s why we have to have people’s hearts in mind. And we reach each other’s hearts through our stories. “The power of people in your secret army lies in the stories they tell,” she says. “Leaders are storytellers. So are customers. So are employees. Every single one of the stories they tell has the potential to inspire others to work better, identify issues that can be improved, or build a team that takes people – and the company – to new heights.” Storytelling is one of the ways social well-being is fostered: by creating, maintaining, and enhancing a sense of group collaboration.

And it’s those stories, Balarin believes, that make your Secret Army so powerful. Because people buy from people. She wraps up the book with a number of valuable lessons that translate her insights into action in the real world and in the digital world, as well.

Increasingly, I’m telling my CEO clients that they have to start understanding their companies as “social institutions.” Currently I’m getting polite nods and smiles to that statement but, in time, I think they’ll understand. Sure, you have to make products and profits and return on invested assets. But if your company doesn’t exist to forward human evolution, whoever’s leading it is a dodo.

And we all know what happened to them.