Why This Book and Why Now? 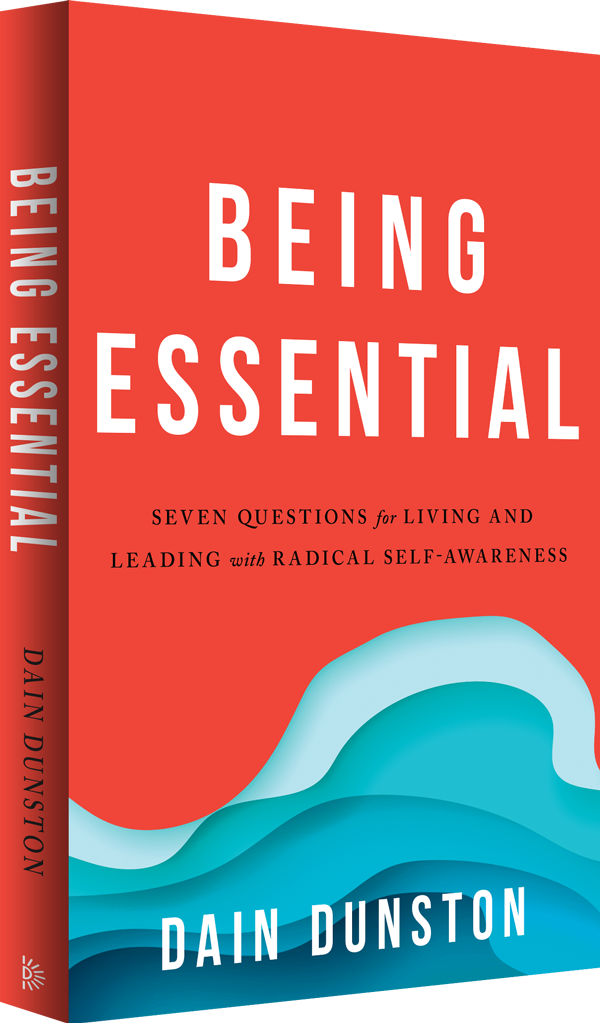 The Birth of Being Essential

Here’s what I can tell you. In 2017, I wasn’t thinking about a new book. Instead, I had the idea to start creating a circle of executive coaches so that when I had a client who needed something different from what I did, I could point them to someone else. The only problem was, I didn’t actually know any other coaches.

Then something unexpected started to happen. In a chance encounter at a conference, I took an empty seat at a table and fell into a conversation with another consultant who liked my idea of an advisory circle. A few months later, she was at a conference when a third consultant, the former CEO of a global publishing house, took another empty seat. He had become a CEO coach in his retirement, and when she shared our idea, he wanted in. At another conference, I was seated next to a leadership expert from Harvard who then became part of our circle. A contract to help a graduate management professor from New York speak about a new book led to a relationship with another member of the circle. A call to a young MBA friend to help manage a small project led to a new generation of thought leadership, and she became the head of strategy and innovation in the new company we had formed, called Reservoir (around the idea of providing deep resources for leaders). On and on, in coincidental meeting after coincidental meeting, in empty seat after empty seat, something electric started to happen.

I show a journal entry in early 2018 about a coaching session in Nashville with a transportation client. I wrote that I hadn’t been sure what we were going to work on but noted that I found two interesting avenues to explore. “The second,” I wrote, “was around the question of focusing on what’s essential. That gave a long list of “essentials” he can start working on now to move the company forward.”

And a couple of days later, this entry: “When you have a dialogue about what is essential, the right things start to happen.”

And happening they were. An invitation to speak at a conference of Steamatic franchisees got me thinking about what’s essential for leaders to know and led me to create a talk I titled “Need to Know: The Essential Knowledge of the Leader.”

And a few days after that talk, this journal entry: “July 1, 2018 — I think I have the makings of a nice small book — Need To Know: The Essential Knowledge of Leadership.” I listed six questions and suggested I might write a short essay on each. Then I asked, “Is there a 7th question?”

The 7th question found me in Rome when I spent some time with a consultant friend who pointed me to Martin Buber’s book, The Way of Man. On the first page of the first chapter, there it was staring me in the face: “Where are you?” The note that it was the first question God asks in the Book of Genesis seemed to validate its appearance.

Synchronicity is being intensely interested in what wants to happen next. And for me, this book wanted to happen. By September of that year, I had the first draft of the title, Being Essential: The Seven Questions for Life, Love and Leadership. Although the tagline evolved, the book was being born and by the end of the year, I had drafts of my first three chapters.

The word synchronicity, as we use it here, was coined by Carl Jung in his 1952 book, Synchronicity: An Acausal Connecting Principle. Jung suggested that, at some level we don’t fully understand, we live in a matrix of consciousness where experiences can be more than just coincidence, where our internal experience intersects with external occurrences. It’s as if your psyche is looking for something and, at the same time, that something is looking for you. Your curiosity is the key to those somethings finding each other. Not to ascribe volition to external events (although many do, including Jung and scholars of virtually all religions), but our psyche can attach meaning to, and derive value from, seemingly coincidental events that seem to want to happen, just when we need them to.

The more deeply we are able to locate ourselves through the radical self-awareness of our questions and the deeper we can go into who we are being and what we want, the more frequently we’ll experience these coincidences that open the doors we need, just when we need them.