You Are What You Read #4: The Samurai Banner of Furin Kazan 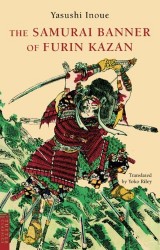 Yasushi Inoue’s remarkable historical novel, The Samurai Banner of Furin Kazan, was first published in Japan in 1958. In it, we follow the rise of a mysterious, itinerant samurai named Yamamoto Kansuke, whom Inoue describes as “both gruesome and painful to look at.” Partly because of his deformed face, it was believed he had fought many battles, although no one had seen him draw a sword. He was less than five feet tall, was blind in one eye, walked with a limp and was missing the middle finger on his left hand. He was also nearly 50 years old, ancient for a samurai. Think “Yoda” in 16th Century Japan and you have an idea of where this story is going.

When the novel opens, Kansuke has been unemployed for nine years, living outside the walls of the local warlord, Harunobu. But after saving the life of a member of the family, he is granted a post as an infantry commander. And that’s where the story – and the lessons — begin to take off. 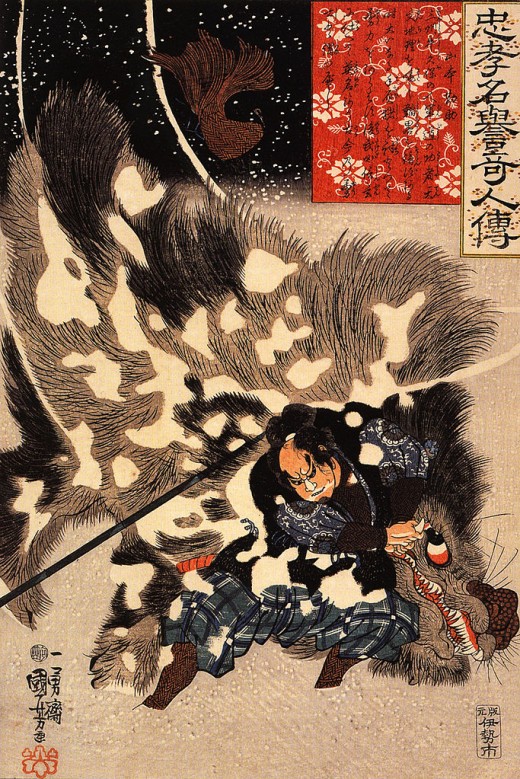 On the night before the first of the battles planned to expand his territory, the 24 year-old Harunobu has gathered his generals together. At dawn, they will launch an attack on the neighboring Suwa clan. As the generals debate tactics regarding the deployment of their twenty thousand troops. Kansuke, in charge of nothing more than 80 infantrymen, sits still until there is a lull in the conversation. Then he raises his head and speaks quietly.

“I don’t think this battle is a good idea,” he says to Harunobu. “You have already demonstrated that you are a threat to the Suwa by taking the field. I believe it is better to negotiate for peace rather than shedding blood.”

There was dead silence for a moment and then one of the Generals growled a threatening curse at the upstart, giving voice to what everyone in the room was thinking. Or almost everyone.

“Do you have any ideas on what else we can do?” Harunobu asked Kansuke.

“Yes, I do. You could send me to Suwa as a messenger I would explain the situation to them carefully and ask them to swear allegiance to you. With an army hanging over their heads, they’ll never refuse.”

It was a bold thing for the stranger to say but what was unsaid was, in fact, bolder.

“Kansuke had felt Harunobu’s passive resistance against this coming battle. He had a peculiar feeling that Harunobu was not acting normally and was reluctant and uneasy about the war. Sitting in his lower seat watching Harunobu, Kansuke was worried, and his heart pounded in his throat. When he lifted up his face, his eyes met Harunobu’s, and somehow the words had just jumped out of his mouth as if he was possessed by something.

“It was not an appropriate suggestion at a time like this. It was a suggestion that might have jeopardized his life, but he was not quite sure if he had uttered his own idea or if Harunobu and entered his mind and allowed Kansuke to say his own words. The only thing he knew was that he had to say it.”

In other words, he used his intuition to identify what needed to happen at that moment. While others were busy talking, he was listening. He was feeling. And he was identifying what others were missing. Not only did he avoid the battle that day, saving lives and uniting the two provinces in a single conversation, he established himself as the only advisor in the room worth listening to (something that irritated the generals no end!)

The idea that a leader can use intuition to make better decisions is not something we hear much in business literature. Otto Scharmer at MIT, author of Theory U, is one who is doing a lot of work in this area. So is Peter Senge (The Fifth Discipline) also at MIT. 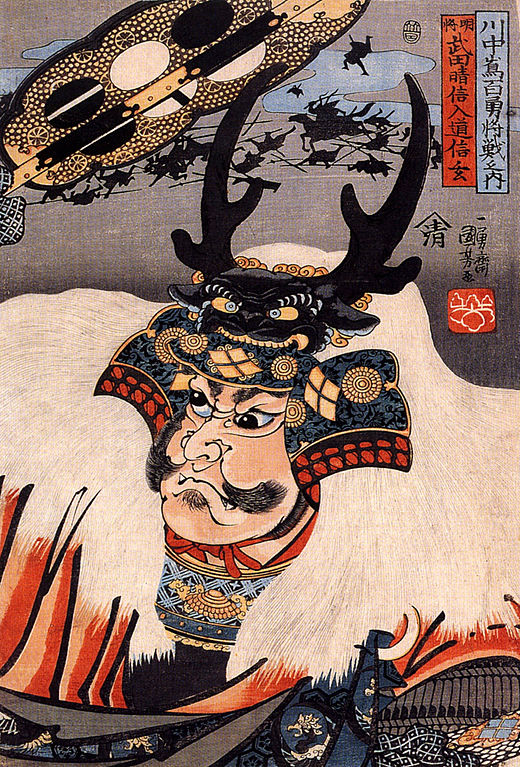 “We live in a moment of profound disruption,” Scharmer wrote recently in his blog. “Something is ending, and something else is wanting to emerge. There is a huge dormant potential in the world today that is waiting to be activated: a potential for profound renewal and change. People are tired of the usual conferences and approaches to organizational change that produce lots of talk but no substantive action. We are collectively creating results that nobody wants and will continue doing so until we can answer the question: How do we activate our future potential at the collective level?”

Scharmer’s “Theory U” process uses a sequence he identifies as ”co-sensing (“observe, observe, observe”), stillness (co-inspiring or “connecting to sources of knowing”) and co-creating (“acting in an instant”).” The result is a level of profound innovation accessed through the unconscious mind. Perhaps more important, Scharmer’s work focuses on getting that to happen not just in the mind of an individual but in a group.

Kansuke, alone among the military leaders sitting before Harunobu, was intensely focused on what was happening, as opposed to what was being said. He “observed” closely the facial expressions and body language of the leader. Then he became deeply reflective, first intellectually, forming the question of what was bothering the warlord; then entering a period of stillness in which he was “connecting to sources of knowing.” Then, when the unconscious mind served up the solution, he was able act instantly and conclusively.

His efforts might have failed. In fact, with most of the leaders in the room, he did fail. They responded to his words with murderous rage. But Harunobu was going through a process similar to that of Tansuke’s: at least, he was aware enough of his misgivings to understand the better option that Tansuke was offering.

We’re fairly comfortable with the idea that we can use intuition for innovation and creativity. We’re less used to the idea of using it as a leadership advantage. But, in fact, it may be one of the most important leadership tools we can use.

Kansuke and Harunobu are historical figures in Japan and pivotal actors in the rise of the samurai and the unification of Japan, which would come in the generation after them. Harunobu was given the name Takeda Shingen and had a profound effect on Japanese history. And Kansuke, who wrote a book on strategy, and lives on in Japanese popular culture today through movies, manga and even video games.
The banner of the title was the standard of the Takeda clan. The words translate as a series of four commands:

FU – Be as swift as the wind.
RIN – Be as silent as the wood.
KA – Attack as fiercely as fire.
ZAN – Be as composed as the mountain.

It’s interesting for a leader to look at how these four relate to the three steps of Scharmer’s Theory U.