Will cars get Smart? 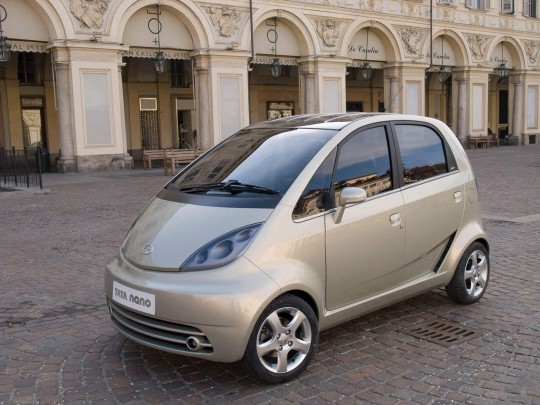 Interesting post by George Black of the National Resources Defense Council on the idea of little cars like the Nano and the Smart for smarter urban transport, quoting me on why sales of the Nano did not match expectations.

Dain Dunston, an American corporate branding guru, had contributed mightily to the mystique of the Nano with a book he co-authored in 2011, Nanovation: How a Little Car Can Teach the World to Think Big and Act Bold. This summer, he wrote what sounded like its epitaph: “The passion to solve a great social problem and the elegance and ingenuity of the solution were no match for not understanding what the customer actually wanted.”

Of interest is how he sees Daimler-Benz’s Smart car.

The history of this nine-foot-long “ultra-urban” subcompact has been strikingly similar to that of the Nano. The first ones rolled off the production line in 1998, the result of an idiosyncratic partnership between the designer of the hip Swatch wristwatch, Nicolas Hayek, and the engineers at Mercedes Benz. The target was annual sales of 200,000, but like the Nano, the Smart Car never came close to that goal. Its track record has been particularly dismal in the United States. There was a brief blip in 2008, when gas prices rose to $4 a gallon, but since then it’s been downhill all the way (currently the price at India’s pumps is around $4.35 a gallon). In January 2009, U.S. customers bought 1,776 Smarts; in January 2010, the figure was 278. Daimler’s losses on the brand were staggering—more than $5 billion—and just as the Nano’s losses were underwritten by sales of Jaguars and Land Rovers to India’s new elite (Tata acquired both brands from Ford in 2008), so the Smart’s losses were carried by Daimler’s luxury cash cow: the Mercedes.

The difference–at least ONE difference–between that Nano and the Smart was that the Nano could hold five people and the Smart, in most versions, just two. Also the Smart was upscale, with prices starting at about $17,000 vs. the Nano’s base of $2,100. The Smart was supposed to be greener but there were a lot of other cars out there with lots more room and much, much better gas mileage, such as the Honda Fit, which actually gets better mileage (last time I checked) than a Prius.

But what may be coming are new ways to think about car usage and ownership.

Like many car companies, facing growing evidence that younger consumers are losing interest in buying their products, Daimler is also repositioning itself as an “urban mobility” company rather than just an auto manufacturer. It is pinning many of its hopes on car2go, its car-sharing subsidiary. Car2go, which was pioneered in Austin and Vancouver, offers per-minute and hourly one-way rentals with designated Smart parking spots, and local availability can be checked via a Smartphone app. Car2go plans to expand to 10 cities in North America and more than 40 in Europe in the next three years. 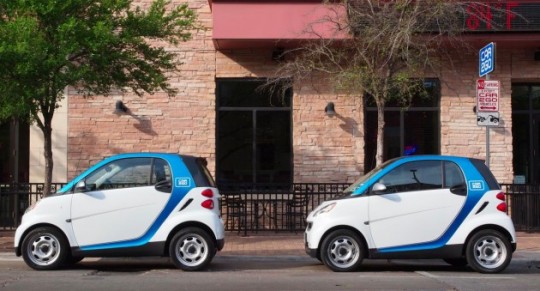 I’ve seen the Car2Go cars parked around Austin and understood it was a kind of ZipCar thing. I didn’t realize it was part of Daimler’s new world view. I have friends in Manhattan who use ZipCar quite a bit and seem happy with it. If Car2Go Smarts and Nanos were as nearly ubiquitous in downtown areas and at transportation hubs as buses, I could certainly see using them. Usually, when I’m in New York, Chicago or San Francisco I don’t rent a car. In New York, I usually get around on the subway (once I’ve got from the airport to where I’m staying). But if I was in Manhattan and needed to get across the Hudson to see a client, being able to walk out of my hotel, stick a credit card in the door of a little car and drive out to a client’s office in suburban New Jersey would be attractive.

Not much use out here in the country though.