Why Can’t We Solve BIG Problems, 140 Characters or Less?

We can make a difference and some of us do. Why can’t we make more of a difference in the things that really matter? Jason Pontin asks why in the MIT Technology Review. He points to the example of the Apollo program as the last time humankind tried and achieved something really earthshaking. 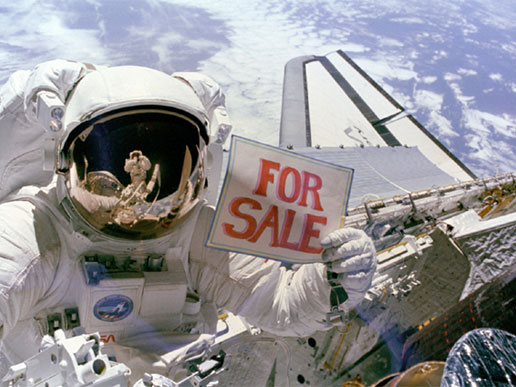 “Since Apollo 17‘s flight in 1972, no humans have been back to the moon, or gone anywhere beyond low Earth orbit. No one has traveled faster than the crew of Apollo 10. (Since the last flight of the supersonic Concorde in 2003, civilian travel has become slower.) Blithe optimism about technology’s powers has evaporated, too, as big problems that people had imagined technology would solve, such as hunger, poverty, malaria, climate change, cancer, and the diseases of old age, have come to seem intractably hard.”

He worries that we’re not aiming high enough and quotes PayPal co-founder Peter Theil, “We wanted flying cars — instead we got 140 characters.”

“That something happened to humanity’s capacity to solve big problems is a commonplace. Recently, however, the complaint has developed a new stridency among Silicon Valley’s investors and entrepreneurs, although it is usually expressed a little differently: people say there is a paucity of real innovations. Instead, they worry, technologists have diverted us and enriched themselves with trivial toys.”

It’s not like we lack challenges. But do we lack the courage and vision?