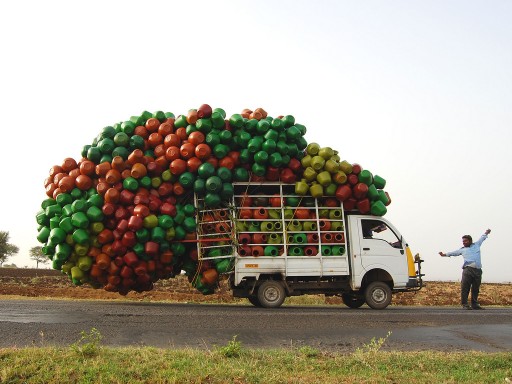 What if everyone on your team was required to spend one week each year shadowing, working with customers and experiencing their experiences?

When the engineers at Tata Motors thought they’d identified a market niche in India for a tiny truck (bigger than an autorickshaw and smaller than a pickup) they did something that Tata Motors has long history of doing: they went to see what people needed. And our wording is very exact: they didn’t go to find out what people thought of them or their products. They didn’t hold focus groups to see if people liked their ideas. They didn’t ask them to tell us what they thought they wanted. They went to see what people needed. They went to the bazaars and the small factories. They went to the villages. They talked to farmers, truckers, builders and small entrepreneurs. They asked endless questions and they listened to the answers, just as they’ve done since the 1800’s.

In their search, they found a revelation.

“We started meeting customers,” project leader Girish Wagh (who later went on to head up the Nano project) remembers, “and I mean, you can use all those phrases, ‘wow effect’ or ‘moments of truth,’ but it was really fascinating meeting the customers. It really opened our eyes.”

“We discovered a sweet spot in the market that no one was serving. There was a clear indication from customers on both sides that they would move to the middle of that spot if we offered something.

“The three-wheeler owners wanted a four-wheeler with a larger payload and were willing to pay more and sacrifice fuel economy to get it. The pick-up owners were ready to compromise on payload and speed for something less costly.”

They spent a lot of time with potential customers, watching how they worked, how they used their pick-ups and rickshaws, trying to understand what they needed in a new kind of truck and how it would change their lives. What he found was not much different from what Ratan Tata and the Nano team saw when they looked at why people wanted to get off scooters and into real cars. They wanted reliable mobility. They wanted it to make sense economically. And they wanted dignity.

In Tamil Nadu, in southern India, Girish spent several days meeting villagers, farmers and small business owners. India’s most urbanized state, Tamil Nadu has the highest concentration of business enterprises in the country. People here are industrious, interested in expanding trade and, even in the villages, focused on growth.

They are hungry for change, hungry to succeed and limited only by the reach of their pocketbooks. But give them a chance to make a dollar and they will make five. Give them the chance to make money with a truck and they will turn it into an unstoppable business proposition.

In one small village, Girish spent an entire day with one young entrepreneur. The man was as yet unmarried and, without a family, put most of his energy into his business, which he conducted from an autorickshaw, making deliveries and carrying loads back and forth from the nearest town.

“Yes,” he said, “I would very much like to have a four wheel truck, if I could afford it.”

He gave Girish several reasons for this. First, of course, a four-wheeler is more stable and he can carry larger loads. Larger loads mean the chance to make more money per trip. Second, the roads to the villages are often rough and sometimes muddy. Three wheelers are unable to traverse these roads, or have to do so very slowly. So a small four wheel truck would go faster from village to village, with a bigger payload. The increased payoff would allow him to expand.

Yes, but what else? As they rode together on the man’s rounds during the day, Girish kept asking the question, “What else?”

“A four-wheel truck is safer.”

“A four wheel truck wouldn’t have to work so hard. It would last longer.”

“A four wheel truck with a proper cab would be more comfortable. I could carry a helper more easily.”

The young man kept listing all the benefits of a truck and Girish kept asking. He felt there was more, somehow, another element that was beyond the functional attributes the man was listing.

Finally, at the end of the day, they got down to it. As the sun was setting, the man told him what else was in his head.

“With a truck like you are talking,” he confided in Girish, “I will get better marriage proposals in the village.”

Now there’s a cause worth fighting for! And when Girish Wagh headed back to Pune, he knew he had the team he needed to win the battle.

The truth Girish learned that evening in a Tamil Nadu village was that while there are good economic and practical reasons to justify the expense of a truck over a rickshaw, the real reasons were aspirational: personal pride, status in the community and bragging-rights. Four wheels are better than three for many reasons, but the best is that they make you feel better about yourself.

Real men don’t drive rickshaws. Understanding that helped them deliver a great small truck called the Ace, a product that revolutionized the market.

What are your customers longing to tell you, were you but able to dig deeper?