The Three Things Marissa Mayer Must Do to Save Yahoo!

(And they’re the same three things you better be doing in your company!) 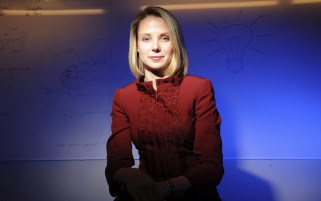 A new leader taking command at a struggling company has challenges way bigger than cutting costs or raising the stock price. If Marrissa Mayer, Yahoo’s new CEO, is going to succeed, she’ll need to do three critical things as quickly as possible. If she gets these three right, there’s a very good chance she and Yahoo! will succeed in becoming relevant to their customers again. If she doesn’t get them right, there’s every possibility that her ground time at Yahoo will be brief.

1. Identify the Culture: Most CEO’s ride into town with a great strategy they claim will absolutely turn the company around. But here’s the problem: unless you have the culture to execute your strategy – or even to care about it – your strategy is toast. Culture eats strategy for breakfast. Ms. Mayer arrived yesterday at a company that is, frankly, in pain. Since 2009, the company has had five different people – including Ms. Mayer – in the driver’s seat. Each came in with a brilliant strategy to turn things around and each was thwarted because, in part, they failed to understand the culture of the people they expected to execute their plan. Not that the employees intentionally sabotaged those leaders (although there may have been some of that), but the plans failed to take into consideration the reality of the human culture of the 12,000 people in the company.

Ms. Mayer has, essentially, only worked in the Google culture, which is a culture that believes they make a difference in the world and that they are the best in the business. Yahoo! employees, by this time, must feel that they have little ability to make a difference and that nothing they try works. Sustained failure tends to build a culture of failure. That has a profound effect on the people who work there. They fear for their careers. They feel they’re not playing on the winning team. And it’s not likely that there’s a white horse big enough to make them see Ms. Mayer as anything but more of the same. And she may not be.

But culture is more than morale. It is the way beliefs and behaviors spread through an organization. Some are constructive and some are destructive, but they are, in aggregate, the culture and personality of a company. It is, in the end, what the citizens of the company stand for. The Board doesn’t dictate culture and leaders don’t define it, at least not until they and their leadership become part of the culture. Your people define your culture. Your culture is what your employees stand for right here and right now. And if that culture and what it stands for is at odds with the company’s brand purpose, you’ve got a problem. A big one.

2. Know What Business You’re In: Do you know what business Yahoo! is in? If not, you’re not alone. Is it a search site, a social media site, a magazine, a portal or a reference site? Who knows? And over the past few years, the parade of CEOs and interim leaders will likely have been more focused on maximizing revenue and profits than on deeply understanding what business the company is really in. And that’s critical.

Look at Blockbuster. In its 20 year blaze of glory, from the time Wayne Huizenga took control of the tiny Dallas chain to the 3 year death spiral that lead to bankruptcy and the sale of assets, Blockbuster essentially had six CEOs. Three insisted Blockbuster was an entertainment company, three insisted it was a retail company. The “entertainers” understood that the purpose of the Blockbuster brand was to provide you with an evening of entertainment at home. “Make it a Blockbuster Night!” they said. The retailers understood the purpose of the brand was to be maximizing revenue per square foot in the stores. “These people will buy anything,” they said. But since customers only care about their night, not the company’s numbers, the retailers all failed, each in less than two years, each bringing the company to its knees and, finally, its death. Those three CEOs weren’t bad guys. They were, in turn, the number two guy at Toys R US, the number two guy at Wal-Mart and the former CEO of 7Eleven. They were experts at retail management. But they failed to understand what business the company was really in.

When John Antioco took over the company in 1997, he was fresh off of turning Circle K and Taco Bell around. When he arrived, Wall Street valued Blockbuster (then a division of Viacom) at zero; a year later, customers were crowding back in the stores and Viacom’s stock had nearly doubled. When I asked him how he was able to turn companies around so fast, he said, “Listen to the managers. They usually know what matters to customers.”

Ms. Mayer will need to get with as many product managers as possible to find out what business the customers expect Yahoo! to be in. She’ll need to follow customers, find out who the remaining Yahoo! brand fans are and understand what they expect from Yahoo! (that they can’t get anywhere else).

3. Build Clarity of Purpose: With clarity of culture and clarity of the business, Ms. Mayer can begin to build clarity of purpose. Think of a brand as a purpose statement: Nike exists to help you get out and “do it.” Apple exists to help you become “insanely great.” Southwest Airlines’ purpose is to make you “free to move about the country.” Google – first with web navigation and now with physical world navigation – stands for helping you find what you need to find. As Roy Spence, Chairman of GSD&M/Idea City, puts it, “It’s not what you sell, it’s what you stand for.”

So, what does Yahoo! stand for? That’s the most important question Ms. Mayer can ask – and answer – in the coming months. Because once there is clarity of purpose, a leader can rally the teams around it, building a culture that offers meaning and clarity. Once there is clarity of purpose, it becomes easier to understand which business lines support your purpose and which don’t.

Tim Sanders spent years at Yahoo! and his book, Love is the Killer App, chronicles the early success of the Yahoo! culture. “David & Jerry’s Guide to the World Wide Web existed to help people find anything, connect with anyone or buy what they couldn’t source locally,” Tim told me this morning. “It was a creative culture, modeled more after Atari and Auto-Desk. There was no Department of Comportment. When Carol Bartz came to Yahoo!, I reached out, offering to meet her and tell her about the original culture. I even sent a copy of Love Is the Killer App. She declined. She didn’t give a fig about what it used to be. Terry Semel, on the other hand, spent a lot of time with me on the subject, and was deeply curious and respectful of the founder’s vision. He did better than Carol.”

Going back to the beginning is a great place to find brand clarity, Tim says. “If you don’t think respecting the founders and their culture is important, I have two words for you: Carly & HP.”

These three aren’t the only important things Ms. Mayer will need to do through the rest of 2012. She’ll need to reassure investors and analysts that Yahoo! can, in fact, be saved. She’ll need to weed out employees who will never be able to move forward in a redefined culture. And she’ll have thousands of operational issues to address. But unless she can identify the culture, understand what business Yahoo! is in and bring clarity of purpose to the brand, the other things won’t matter.