The Prepared Mind and the Hooligan Mind 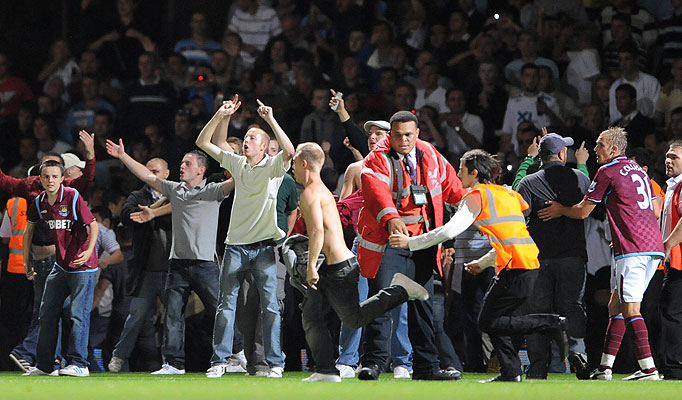 One day in the 1990’s, a group of psychologists from a Dutch university decided to go to a soccer match. The match attracted quite a crowd and they were forced to park a mile away and walk to the stadium surrounded by hundreds of Europe’s famous soccer hooligans. As the crowd jostled, shouted and acted generally rowdy, the professors tried to keep their cool.

And then, one of them did a surprising thing. Coming upon an empty beer can, he took a hop and kicked it as far down the road as he could. Turning to see his astonished colleagues staring at him, the question that came up was, “What was that about?”

It was an awesome question. Why does our behavior change when we’re exposed to the behavior of others? Why would being surrounded by louts and hooligans cause an otherwise well-mannered person to act rude? And could the opposite be true? Those questions caused Ap Dijksterhuis and Ad van Knippenberg of the University of Nijmegen to create a study of what they called “priming,” a study that was popularly reported in Malcolm Gladwell’s book, Blink.

Priming is the mechanism of triggering unconscious behavior changes through the power of association. Priming someone with a trait like kindness or rudeness has been proven to be quite easy. And several studies have shown that priming someone with a stereotype – a picture of a class of person or behavior – can make that person display that same behavior or act like the stereotype. When participants in a study at Yale were primed with traits that led them to think of elderly people, they were shown to walk more slowly and carefully as if they, too, were old.

William James called this the principle of ideomotor action, saying, “every representation of a movement awakens in some degree the actual movement which is its object. James realized that just the act of thinking about a behavioral response – even unconsciously – increase the likelihood of our displaying that same behavior.

To test this, the Dutch psychologists created a series of experiments in which students at the University were primed with stereotypes of college professors, representing intelligence and knowledge. Other students were primed with stereotypes that were neutral, such as secretaries, or negative—even stupid—such as the same soccer hooligans that initiated their interest. A third control group was given no priming at all. Then they were asked to answer 42 Trivial Pursuit questions. 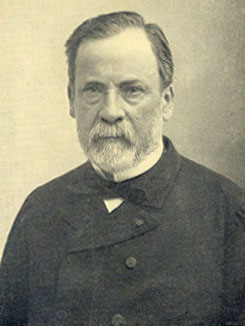 In 1847, the French chemist Louis Pasteur presented his doctoral thesis to the Faculty of Science in Paris and began a long career as a scientific researcher, the success of which he attributed less to theory and more to observation. Pasteur believed careful observation, observation primed by years of preparation and a clear view of both what he was looking to see and what unexpected insights he might happen upon. And in 1854, he put this into a maxim: “In the field of observation, chance only prepares the prepared mind.”

I always heard that quote as meaning we should pursue education, stay current in our field, read the paper more often. I heard it as a reference to the importance of on-going learning throughout life. But there’s another, more direct way of looking at that. If your mind is primed—that is, prepared—to be able to answer questions, make observations and see connections that were previously unseen, then you are that much more likely to answers questions right in Trivial Pursuit. And, more important, in the game of life.

In 1994, Alfred Gilman and Martin Rodbell won the Nobel Prize in Medicine for their discovery of G-proteins and the role of these proteins in signal transduction in cells. A reporter, working on the story, went to Southwestern Medical School, in Dallas, and tracked down one of Dr. Gilman’s former teachers. He asked him if he ever thought Gilman would win the Nobel Prize.

The teacher said he had thought that Gilman, of all his students, would win the Nobel Prize because Gilman had a prepared mind, a mind that was prepared to see opportunity, prepared to see new ideas and deal with them. Like the students in Holland, he was primed to see the connections that other people missed.

On the other hand, there was a record company executive in England who didn’t have a prepared mind when he didn’t bother to return a phone call from a guy who wanted him listen to a new band called “The Beatles.” He kept the “While You Were Out” slip in his desk for the rest of his career, to remind himself never to make that mistake again.

Unfortunately, life never gave him the chance to make that mistake again. Some chances come only once and you better be prepared.