The Art of the Deal with the Devil 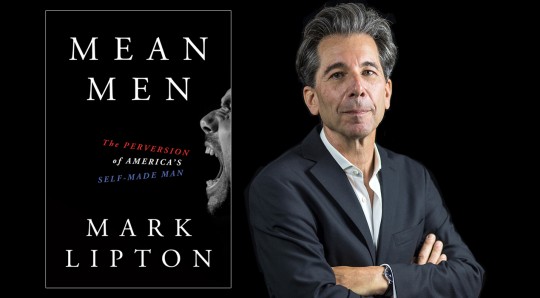 When stories first started coming out in 2014 about Uber executives threatening journalists who criticized the company, it seemed like a case of bad crisis management. A VP in the company said something stupid in a private setting, his comments were leaked and the company was slow to respond. It happens. No company is immune from bone-headed employees. What makes the difference is how you respond to the incident. And of course, having a culture that prevents these things from happening.

But as the story unraveled, it turned out to be significantly bigger. Company leaders had singled out Sarah Lacy, a Silicon Valley journalist who had written about dumping the Uber app from her phone in response to their “asshole culture.” They threatened they would uncover dirt on her and smearing her publically. They were suggesting she would have blood on her hands every time a woman was raped by a taxi driver because they didn’t use Uber (as if no one was ever assaulted by an Uber driver). In short, they proved her right. They acted like “assholes.” And that was only the tip of the butthead behavior.

Since then we’ve learned a lot more about Uber’s bad boy moves under Kalanick. We learned they installed secret software called “Greyball” to trick law enforcement and regulators. We learned they configured software that broke Apple’s rules on apps, tagging iPhones even after customers had deleted the app. They hid the rule breaking from Apple engineers. When they were caught, Kalanick had to travel to Cupertino to beg forgiveness from Tim Cook. Had Apple decided to ban the Uber app from iPhones, that would have probably been the end for the ride hailing company.

Throughout his career and certainly his time at Uber, Kalanick repeated demonstrated his disdain for rules and laws, taking risks that not only put the company in danger, but lives as well. And yet venture capitalists and board members behind Uber let him continue to run the company, even after it was clear he probably wasn’t mentally or emotionally mature or stable enough to drive a car for Uber, let alone pilot the company and its culture.

Why? Because he was making them money. And because we’ve created a myth of the maverick entrepreneur which says it’s OK if they break a few eggs on their way to the omelet. That’s the price of genius.

Not so fast, says management guru Mark Lipton in his new book, Mean Men, The Perversion of America’s Self-Made Man. “We have a problem with Mean Men in leadership,” says Lipton, a graduate professor of management at the New School in Manhattan. “Not just guys who act like assholes, but men who are driven to run over other people and who have no concept of the needs of other people. This isn’t just bad behavior, this is a sub-clinical psychopathic personality disorder. And it’s ruining our businesses and our country.”

Lipton’s been studying and writing about the Mean Men phenomenon for nearly twenty years. “I was doing consulting work in dot com companies in the 90s. I was having a blast. These young entrepreneurs were creative, visionary, and wanted to change the world. But after a while I started seeing things I hadn’t seen before, ways of approaching problems I hadn’t seen, and they weren’t healthy. What I was seeing was highly driven, obsessive young men who were willing to take advantage of their employees and customers to get what they wanted.

“At first, I thought it was just a difference in values,” Lipton says, “but in time I saw it was something much darker.” Looking for answers to what that darkness was, Lipton took a fellowship at a psychiatric institute studying psychopathology and the Mean Men leaders who had become the focus of his work. “I got the chance to ask, ‘Is this a psychiatric disorder we’re witnessing?’ And the answer was yes.”

In the book, Lipton points to the work of American psychologist Theodore Millon, the Diagnostic and Statistical Manual of Mental Disorders Third Edition, published in 1980, “Millon’s criteria for psychopathy is strikingly similar to the extremes of the entrepreneurial personality. A random occurrence? You decide.

Here’s how the DSM-III defines psychopathy: “A pattern is typified by a self-assertive, temperamentally hostile and socially forceful and intimidating manner. There is pride in self-reliance, unsentimentality and hard-boiled competitive values. Malicious personal tendencies are projected outward, precipitating frequent outbursts of explosive rage. Vindictive gratification is obtained by humiliating and dominating others. A rash willingness to risk harm is notable as is a fearlessness in the face of threats and punitive action.”

Sound like anyone you know? Not just Kalanick but “Pharma Bro” Martin Shkreli who got himself tossed in prison last week after he tweeted threats at people while out on bail awaiting sentencing for his crimes against business. They seem to be popping up all over the entrepreneurial scene, from CEOs as American Apparel and Abercrombie and Fitch to leaders of mega-churches and synagogues.

“We’ve reached a point in America where we have a confluence of a number of things going on and as a management professor and a patriotic American, I’m really worried about them. We’re deifying the abusive entrepreneur, we’re mythologizing a culture of free agency where people are not beholden to anyone, we’re elevating toxic masculinity. That’s creating a problem for men and a different problem for women.”

Not all Mean Men are the same. “There are 10 characteristics of entrepreneurs,” Lipton explains. “In the entrepreneur (or anyone with a high drive for achievement in any field) your level of some of these characteristics has to be higher than the general population. But if three or more of those characteristics are in the red zone – like need for control or suspicion of others – you get into high potential of someone being a Mean Man.”

Based on the balance (or imbalance) of red zone characteristics, different Mean Men show different pathologies. Lipton identifies six types, such as The Opportunist, who is “defined by his arrogance, a callous disregard for oth¬ers, and his facile deception. He is happy to exploit others to get what he wants and often expects recognition or privilege just for being who he is. Personal integrity is not part of his makeup.” He offers psycho cyclist Lance Armstrong as an example. “Look at him when he went on Oprah and confessed to her what he’d done throughout his career. What was missing was any shred of evidence of regret or responsibility.”

Not all Mean Men seem mean at first. Lipton calls one type Two Face. “Characterized by friendliness and sociability, with this guy it’s all a facade. New acquaintances love him, but his facade soon begins to crack as he shows a more genuine side of unreliability, impulsivity, deep resentment, and moodiness. He knows how to work a room, seeking attention and excitement with more than a hint of seduction.” Lipton suggests that the Penn State pedophile coach, Jerry Sandusky, fits the bill. “Even at his trial, he was still claiming that he really cared about young men and their healthy development. They seem like nice guys, but the façade can crack quickly.” And the damage Mean Men do to others is more than just being a bad boss. Yesterday, Sandusky’s own son was arraigned on charges of sexual assault of a child.

Another type is Mr. Dissatisfaction. “Aggrandizement marks this psychopath. Mr. Dissatisfaction is never happy because he feels that life has not given him his due—he’s been deprived of his rightful amount of love, support, and money. He believes, in essence, that he was born holding the trump card, but bad luck has always gotten in his way. His motto? ‘It’s not fair.’ In the role of entrepreneur particularly, he exploits others to satisfy his desires. Yet nothing is ever enough. Jealous of what others have, he is pushy and greedy, a poster boy for conspicuous consumption.” The poster boy for Mr. Dissatisfaction, of course, is Donald Trump. He spent his first full day as President yelling into the phone, tweeting and making speeches about how unfair it was that the rest of the world was denying his claim that his Inauguration had the hugest turnout in American history. It didn’t, but facts don’t stop Mr. Dissatisfaction.

Lipton spends as much time exploring the solution as defining the problem and he shows evidence that, particularly in Silicon Valley, investors are no longer willing to invest in Mean Men. It’s just not a good investment any more.
You can’t make a deal with the devil, at least not one you can win.