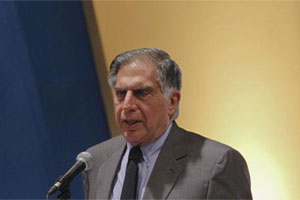 Ratan Tata was a huge presence in our book, Nanovation. As he prepares to step down from his role as the Chairman at the end of this year, he’s been sharing some thoughts with the press on his legacy.

It’s clear that he doesn’t feel he’s achieved all he hoped. While the TATA Group has grown and prospered during his tenure, he doesn’t think he deserves much credit for that. “We were a traditionally manufacturing company in a sellers market,” he says, meaning that growth would have been hard to mess up. What is revealing is that he believes the company did not succeed in “really embracing the customers’ values.”

One example he cites is what he sees as a failure to create “a truly open, flat, transparent group.” He also believes that they haven’t been able to serve the poorer levels of society. “Serving the bottom of the pyramid in India with affordable products is a real and ongoing challenge and the Tata group has not succeeded in being innovative enough,’ he said. The Nano, for example, while not a sales failure, never really lived up to the promise he hoped it would reach.

The Nano project was a test case of a truly open and flat culture and, as such, it was a huge success. But expanding that kind of organization throughout the rest of TATA Motors — to say nothing of the rest of the 100 companies in the Group — was not something the Chairman was able to accomplish in his tenure.