Let’s Get Happy. Everyone Else Is. 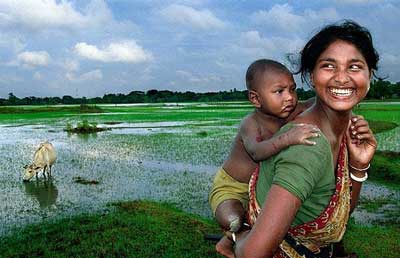 Andrew Sullivan points to Charles Kenny’s article in Bloomberg Businessweek on the interesting, even surprising rise of happiness around the world, as reported in the World Values Survey. The survey, which has data going back to 1981 and which covers 60 percent of the world’s population, shows that most of the population of the world claims that they’re happier than they were 10 years ago. Overall, the number of people to say they are “rather happy or very happy has climbed from 71 percent to 84 percent.”

There are unsurprising exceptions: The percentage of Egyptians who reported themselves happy nosedived from 2001 to 2012 – from 89 percent to 26 percent – as the country descended into political chaos. But only six of the 28 countries experienced declines, and many emerging economies reported considerably increasing happiness. The proportion of Russians willing to acknowledge being rather happy or very happy climbed from 47 percent to 74 percent over the decade. Respondents in China, Iraq, Kyrgyzstan, Mexico, Peru, and Zimbabwe all reported double-digit increases as well.

Even Americans claim to be pretty happy, although not as happy as they were in the past.

The proportion reporting that they are either very happy or rather happy was 91 percent in 1981, climbed to 93 percent in 1999, and fell back to 89 percent in 2011. In some ways, this suggests remarkable resilience in the face of stagnant incomes and an unemployment rate that almost doubled between the second and third surveys. Unemployment and the related uncertainty has a strong relationship with lower reported well being across the rich world.

There seem to be a good number of reasons why people are happier, particularly in the developing world. In spite of what we see on the news, violence appears to be on the decline and democracy on the rise. The low and middle economies have seen average incomes climb 130 percent since 1981 and infant mortality in children under five has been cut in half.