Laughing out of poverty 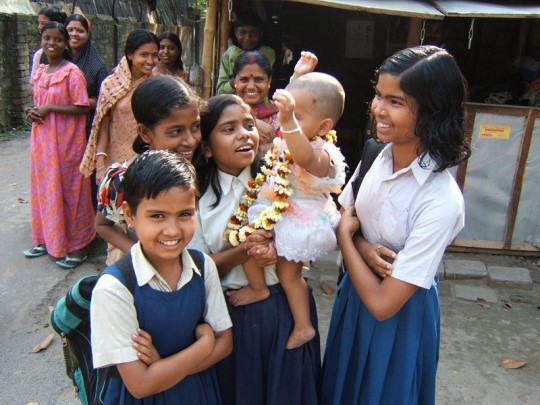 Great column in the New York Times by Manu Joseph on the fallacy of thinking that the poor in India need technology so they can improve their health or their education or the lives of their kids. Maybe they just want a laugh.

Chibaukhera, a village in northern India where electricity has been available only since March of this year, is now under the spell of television. As television sets were much sought-after and prestigious dowries, several houses had them even before they got electricity. Now that the TVs and plugs have finally met, the villagers are hooked on Hindi films and serials about family feuds. In time, they will have incubators, too.

Students of poverty like to think that the first thing the people of a village will do with technology is to educate their kids or buy incubators for infants. We hear a lot of stories of people using cellphones to check market prices so they can get more for their crops. But more likely, they’re using cellphones the way any of us do: they’re calling their friends and family.