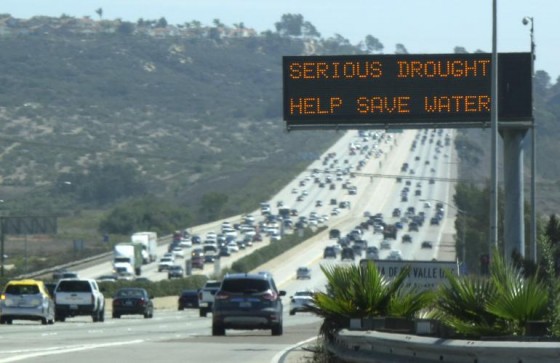 It’s not just those signs you see in neighborhoods alerting residents to restrictions on watering lawns. Water shortages are a critical problem around the world and the challenges are a lot worse than the fate of your Bermuda grass. In less than 15 years, half the world’s population will be living in areas where there isn’t enough fresh, safe water. And it’s not just about drinking: we need fresh water for nearly everything we do.

Over 97% of Earth’s water is salt water and there’s plenty of technology—some of it ancient—to help us desalinate that water. But the ancient technologies, like solar distillation, are slow and small. And the more recent technologies are so energy intensive and dirty that they’re possibly worse than the problem they’re designed to solve.

That’s why the desalination technology from OkeanosTechnologies, the 2014 winner of the Ocean Exchange Gulfstream Navigator Award, is such an exciting breakthrough. And it’s a breakthrough because it’s such an elegant solution.

Here’s how elegant: Imagine you’re paddling down a river with your friends. Some of you are in plastic canoes and some are in metal. Ahead of you, there’s a fork that diverts the flow into two channels: a main current and a side channel. And to your surprise, all the metal canoes get pulled into the side channel while you and your friends in the plastic canoes continue along with the main current. What happened? Well, imagine that right at the fork, there’s an eddy caused by a localized field that acts only on the metal boats, pulling them out of the current and into the eddy.

That’s the simple idea behind the Okeanos WaterChip technology. The WaterChip contains a microchannel with two branches. As saltwater molecules flow through the channel, an embedded electrode right at the branch acts on the chloride ions in the molecule, neutralizing them and pulling them to the side channel. It creates an “ion depletion zone,” essentially creating a local electric field strong enough to redirect the salt ions. The result is that only the desalinated water passes through the main channel.

What Okeanos is doing has attracted attention beyond The Ocean Exchange. Fast Company named the company to their 2014 list of The World’s Top 10 Most Innovative Companies in Energy, along with companies like GE, Phillips and Tesla. That’s exciting company for a start-up.

This technique, called electrochemically mediated seawater desalination, uses so little energy that the chip can be powered by a couple of AA batteries. And because the system doesn’t use membranes or filters, the channels keep flowing, with clean water coming out one side and chlorine out the other.

The technology was developed by chemists at The University of Texas at Austin and the University of Marburg in Germany. And Okeanos is developing the technology commercially. The idea is to create WaterChips that operate a little like computer chips: you link them together to desalinate as much—or as little—water as you need. That means, when fully developed, the system could be used to provide drinking water to an island or a city. A smaller system could provide water just for a hotel or even a single residence.

“Okeanos has even contemplated building a small system that would look like a Coke machine and would operate in a standalone fashion to produce enough water for a small village,” says Tony Frudakis, the founder and CEO of Okeanos, who presented at Ocean Exchange and accepted the Gulfstream Navigator Award. Such a device could also be used in disaster relief when flooding contaminates water supplies. And because the technology is so energy efficient, the developers hope the process can be powered by alternative energy sources, at least for small scale village applications.

I live in the hills outside Austin, Texas, where several neighbors capture rainwater from the roofs of their homes. Even in the recent droughts they never ran out. Contrast that with places like the artist colony of Todos Santos, on the Baja Peninsula, where most homes have to have water trucked in and where developers are trying to get the government to build a gigantic desalinization plant that is likely to damage the fragile marine and desert ecosystems. Imagine what they could do with this technology.