How to pitch your big, beautiful idea so everyone’s a winner. 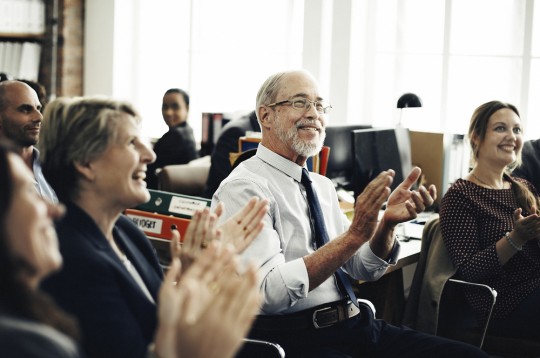 Maybe it’s not the ideas they’re not buying. Maybe it’s you.

To sell your idea is to sell yourself. So, if your ideas aren’t selling, take a look at who you’re being. Do you not understand your idea — and the world — well enough? Are you not credible? Are you trying too hard? Are you out of sync with the moment?

Ideas don’t sell themselves. So while you’re working on perfecting your next big thing, here are four thoughts to make your own.

It’s not the idea that matters. It’s your execution.

A lot of people with start-up plans worry about how to keep other people from stealing their ideas. Forget about it. Nobody’s going to steal your idea because your idea is worthless. The only value of an idea is in its execution. And execution begins with being able to explain what you’re talking about. I can’t tell you how many times I’ve tried to share an idea and all I heard out of my mouth was a lot of muddled words. The more I tried the dumber it sounded. I wasn’t stupid, I just hadn’t done the right kind of work.

Take a moment and write down these words from Albert Einstein: “If you can’t explain it simply, you don’t understand it well enough.” Einstein wrote a book for 6th graders that explained The Theory of Relativity. So the first step in the execution of your idea is learning to understand it from all angles, so every time you talk about your idea, you speak with simple clarity.

Here’s another quote, something Einstein probably never said: “If I had an hour to solve a problem, I would spend 55 minutes thinking about the problem and 5 minutes thinking about the answer.” Put another way, understanding the question is the key to getting the right answer. So get your “55 minutes” in before you open your mouth. And if you still can’t explain it simply, go back to work on understanding.

Be someone worth listening to.

Keith Cargill runs Texas Capital Bank and he’s someone worth listening to (the bank is the fastest growing commercial bank in America). “As you get older,” he said in a recent speech to B-School grads, “you’ll find you start dividing people into two groups: Those who do what they say and those who don’t. You’ll find one group is worth listening to and the other isn’t.” Being worth listening to has less to do with your age or experience than you might think. It has to do with your credibility. How do you get credibility? First, by showing you’ve spent your “55 minutes.” I work with teams of college students on their presentations for The Big Pitch, an innovation prize from the Ocean Exchange. They’re college students, so the judges don’t expect them to be famously successful entrepreneurs but they do expect them to be “famously successful” students. The ones who win are the ones who have obviously done more than their share of homework.

What you’re saying in your pitch is only as good as who you’re being. I once watched a young entrepreneur pitch a technology for improving the quality of crude oil. But as soon as he started speaking, something felt wrong. It felt like someone had pushed him on the stage just because he had the most expensive suit. He had the guilty look of someone who just saw the cops waiting for him on the side of the stage. And when, near the end of his presentation, he said “Oh yeah, and the Saudi Crown Prince is interested,” his audience started checking their phones because, clearly, he had no idea how many crown princes there are in Saudi Arabia. He wasn’t someone worth listening to.

Don’t make the same mistake. Do your homework.

You have to care but not too much.

Herb Cohen, author of You Can Negotiate Anything, once told me that the secret to negotiating is, “You gotta care, but not too much.” It’s like being a bad date: if you care too much about what happens, you’ll just make it weird.

We get desperate when we want something too bad. So Mark Zuckerberg has agreed to hear your pitch? Don’t go in there wanting it to go well. Go in there not really giving a damn how he responds to you. How do you know he’s the right guy to buy your idea? A yes from the wrong person is ten times worse than a no from anyone else. Relax, be yourself and be interested in what you can learn from the experience. And trust that you’ll make the right connection at the right time.
And that leads, with perfect timing, to the last point.

Be in sync with the moment.

What does it mean to be in sync with the moment? It means you’re intensely interested in what wants to happen next. You’re also intensely interested in what the people in front of you are thinking and experiencing. Not scared or nervous, interested. That kind of focused presence gives you a chance – just a chance – to hear a question about using your solution for something no one’s thought about and think, “She’s pitching me a new way of thinking about my idea.”

In 2009, GE’s CEO Jeff Immelt was listening to some engineers talk about their latest jet engine. The engineers mentioned that the engine was so technologically advanced that it could report all kinds of performance data if there was any place to report it to. At that moment, he could have been thinking about his next meeting or about how long it was going to take GE to pay off the investment costs on the engine and start getting ROI. But he was in sync with the moment and realized the engineers were trying to tell him something very important. He started asking questions and out of that conversation, GE’s Digital Industrial was born.

How do you get connected to the moment? By learning to listen for things your unconscious mind is trying to tell you, if only you could quiet your conscious mind enough to hear them.

This goes back to the beginning: it’s not the idea that matters, it’s the execution. Because it’s in the on-going execution of your idea, beginning with the initial articulation of it, that you begin your intellectual head and your intuitional head. You start to think about people interacting with your idea and using your solution. That’s not an abstract concept, no matter how many predictive algorithms your tech team is using. It’s a human experience.

To connect is human.

An investor waiting to hear your pitch only wants one thing, and she wants it badly. She wants to connect with something that will make her day. That something is you and your idea. The idea by itself isn’t enough, no matter how good it is. What any investor wants is to go home at the end of the day and say, “I just met the most interesting person today and he’s got this idea…”

The people you’re pitching to want to win as much as you do. Be the one person they’re going to hear today who really gets that.