Have Yourself A Merry Little Bookshelf

You are what you read because what you read changes your mind. Maybe not all at once and maybe not in ways you see clearly without the benefit of time. And then sometimes, yes, all at once, like a screaming celestial body crashing through the roof of your house. The New York Times has been running a series by editor Aaron Hicklin in which he asks people to list the 10 books they’d take if they were marooned on a desert island. Since it may take them a while to get through the 1.374 billion people more influential than I, let me share my own list. While I’m tempted to list ten books with titles like “How to Build a Boat” and “Find Your Way Home with Celestial Navigation,” I’m going to play it straight. Here are 10 books that have most influenced me and to which I am most likely to return, time and time again. And since you can buy e-books for yourself or anyone else right through the Holidays, there’s still time to add something to your stocking. 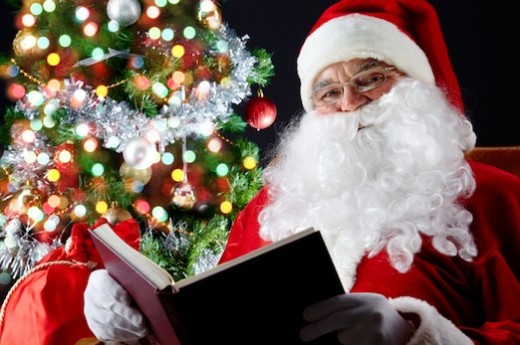 Zen and the Art of Motorcycle Maintenance, Robert Persig

This is a novel of sorts that reads like a memoir but is really a meditation on the nature of quality. What does it mean to create something of quality? What is quality? We think we know it when we see it, but does it really exist? How do we know? Not really about Zen or about motorcycles, it’s a study into what it means to be a real person who does work worth doing. Anything good I’ve ever written was deeply influenced by this book. I read it once a decade.

In a way a novel, like a dream, is a collection of facets of your self trying to make sense of existence, sometimes in harmony, sometimes in conflict. You read it and hope you come out with a better understanding of who you are. Tolstoy begins with this sentence, “All happy families are alike; each unhappy family is unhappy in its own way.” As someone who grew up in an unhappy family, I can relate. This book is a journey to the moment when the character Konstantin Levin stands outside his house, looking at the stars and believes he understands what life is all about. You can make a case for this being the best novel yet written.

Stuck on an island, you want something long to read and this series, which is essentially a single, 5,500 page novel, nicely fits the bill. And it’s about the ocean and men who are lost in so many important ways, so it’s perfect. I resisted reading these books for years until my father bought me the entire set. Thus compelled, I had to read at least the first one. Then I had to ration myself to reading only one a month. And then, when I’d finished all 21, I started again at the beginning. I’ve been through the entire cycle twice; my son and my dad have been through it three times. And my wife has listened to the audiobooks. Might be one of the ten best novels of the 20th Century.

When I was a kid, I travelled to Japan and became obsessed with the Samurai, particularly with Miyamoto Musashi, whose life was portrayed in The Samurai Trilogy, a series of films by Hiroshi Inagaki. The movies were based on the epic Japanese novel, Musashi, by Eiji Yoshikawa. Musashi was the real deal, the greatest samurai who ever lived, but also a poet, painter and Zen philosopher. This book is a deeply researched study of his remarkable life. It also contains a digest of his treatise on strategy, The Book of Five Rings. I spend every day trying to match his path to mastery. (And Yoshikawa’s novel is a good read, too).

On page one of this astounding British novel, Ursula Todd is born to a happy and well-off family. On page two, she dies. On the next page, she lives a little longer, but not much. In take after take, life either works out better or it doesn’t, and then she tries again. Sometimes there are parallel tracks. Sometimes she backtracks. Once, she assassinates a young Hitler in a café. As she goes on, she learns more and more about the nature of life and how to live. She also learns how to die. Of any writers working today, she has a way of unfolding characters to reveal their depths. It’s kind of scary how well she does that. And she’s not predictable. Her first novel Behind the Scenes at the Museum, burst on the scene beating out Salman Rushdie and Martin Amis for the Whitbread Book of the Year. Then she wrote four detective novels which are just as good as her “serious” works. Packing for the island, I’d try to sneak all her books in my backpack.

On The Road, Jack Kerouac

I stood outside the ferry building at Circular Quay in Sydney when I was 14 and watched the commuters racing to clock in at their office jobs. That was the day I swore I would never spend my life doing that. Somehow, when I found this book a few years later, it spoke to my rogue self and sent me down many roads with my thumb out. Said to have been written in ten days on a roll of paper, the furious be-bop typing of a mad man who saw America as a beautiful and unfaithful mistress. But oh, what sweet prose,

The Collected Poems of Wallace Stevens

For decades, this was the book that sang me to sleep at night. Just read “Large Red Man Reading” or “The Emperor of Ice Cream” and you’ll see why. Stevens was an insurance company executive in Hartford and sat at his desk most of the day writing poetry. They offered him lots of chairs at prestigious universities but he always turned them down. Always for the same reason: “You know how much poets make?”

Bolaño reminds me of a chef who can look in your cupboard and then cook up the most amazing and surprising meal you’ve ever imagined. It may not all hang together in the traditional sense and you may wonder where it’s going, but you’ll know when you get there. This was the final book this Chilean author gave us, published after his death. When it won the National Book Critics Award, they called it a “work so rich and dazzling that it will surely draw readers and scholars for ages.” (The Savage Detectives is also wonderful).

The Autobiography of a Yogi, Paramahansa Yogananda

This book hit my like a brick when I was in college and launched me on a life-long journey to the East and to the idea that there might be a higher level of consciousness than the bull-twaddle I was living in when I was a teenager. Yogananda was one of the first to bring yoga and meditation to America and had a nice way of telling a story. Copies of this book were handed out to everyone who attended Steve Jobs’ memorial service, so I guess he had the same relationship to this book that I do.

John D. MacDonald is my hero in so many ways. Armed with a Harvard MBA, he wrote stories about business swindles, usually in the world of Florida real estate development or boat yards. In the 21 book series that begins with The Deep Blue Goodbye and ends with The Lonely Silver Rain, we follow one Travis McGee, who helps those who’ve been swindled recover what they’ve lost. If successful, he takes half and goes fishing. Hardboiled pulp fiction? No, it’s way more than that. Novelists from Elmore Leonard and Carl Hiassen to Stephen King have praised him as one of our greatest storytellers. Martin Amis said “MacDonald is, by any standards, a better writer than Saul Bellow, only MacDonald writes thrillers and Bellow is a human-heart chap, so guess who wears the top-grade laurels.” Except that MacDonald’s novels aren’t really about the thrill, they’re about the feeling, about what it feels like to watch people make horrible mistakes from which they can never recover.

And just for grins …

If I was really marooned, I’d be writing another book. If you haven’t read the last one, The Downside of Up, I’m told it makes great airplane reading and, like I said at the top, you can still get the e-book in time for the long weekend.