Everything I Know About Leadership I Learned From Training Dogs

This is a reprise of a blog post from 2005, featuring my long-time running buddy and office mate, Dodger (pictured below in 2005). I’ve had lots of requests to repost this and it’s timely today, as you’ll read at the end. 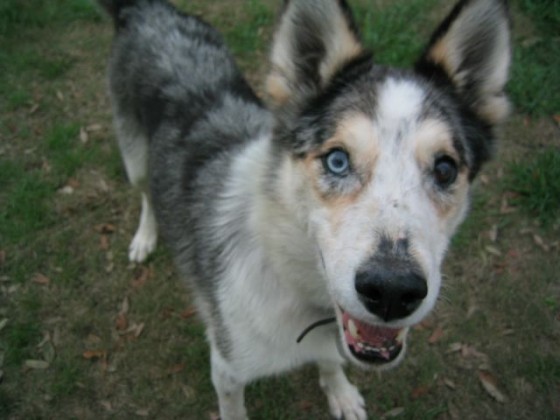 It’s 3:59 p.m. and my dog Dodger is looking at me. He knows that in one minute it will be his time to play and he has waited all day for this. How he knows how to tell time, I don’t know, but he can. I once had a dog who could tell every Wednesday morning when our housekeeper arrived and began to bark to let me know, not when she pulled up in front of the house but as she slowed to make the turn into our leafy street, four houses in from the corner. The housekeeper had a late-model Buick in good condition; given that perhaps that sweet dog could tell the difference between the ways different cars sounded, how could she possibly distinguish between all the rest of the common Buicks that passed that corner every day of the week and alert me only to the Wednesday morning Buick?

In Dodger’s case, one theory could be that we have a clock, a gift from an aunt, that chimes the hours with the voices of birds. But how does he know that it’s one minute before woodpecker? And make no mistake, he knows. This is his work time and, when I lead the way downstairs, he brushes past me to run to the door that leads to the corral behind the house.

There, for the next half hour, Dodger and I will work at the time honored task of frisbee management. Any frisbee flying through the corral during this period is to be captured and brought to me for inspection. We use an orange and blue model called a Flying Squirrel, which had little “legs,” an unusual flight dynamic and a soft mouth feel. And Dodger will work with the squirrel as long as I am willing.

Dodger is a working dog, a mix of Husky and Australian Shepherd, who some young friends of ours found dodging cars on a six-lane highway, five years ago when he was a puppy. He had been hit once; not bad, just a grazing to the skin on his heel. They stopped and called him and he jumped in with them, saving his own life. The Husky blood shows in his stance, his face and curled white tail and in his behavior; like Huskies, he’s very vocal, eager to work and happy to vocalize the experience at any time. The Aussie blood shows mostly in his mottled black, white and grey coat and in this eyes, one blue and one brown.

He has two kinds of work. The first kind is running with me in the mornings, the second is herding the frisbees in the afternoon. During his time, Dodger enters into a behavior state unlike anything else in his day. His bearing changes, his face changes and his attitude changes. A nobility takes over, a sense of purpose that makes people stop and point to him while we’re running. And, each time he catches the flying squirrel, he trots back to me with the nonchalant pride of a first baseman who’s just made the third out.

I call it “joy in being.” When he’s in this state, it’s as if time has stopped for him. He can run all day, he can jump all afternoon. The rest of the time is just waiting. He sleeps, he eats, he hangs out. But when we’re working, Dodger enters into a different state in which he fulfills his dog nature so completely that, at that moment, he has the experience of being the best dog in the world. I know what he does not, that there are plenty of dogs who can run faster or jump higher, but that information is irrelevant in the moment. And besides, when he’s in that moment, there is no dog who trots prouder or prettier. And he knows it.

Can humans experience “joy in being?” Sure. People say, of a man and woman in love, if they are truly in love and good together, that they experience being the only lovers in the world. People who play music or paint become lost in their work as if they step out of time. And behavioral psychologists talk of “flow,” a state where one is so engaged in one’s work that time seems to stop or expand; a time when they step out of their “psychology” and seem to work without baggage, pure in spirit and mind. “Joy in being” is the experience of doing the work you were born to do, playing on the team you were born to play on, feeling the experience of being excellent, useful and in the right place at the right time. The proof is that we can so easily identify the opposite of the experience, “Shame in being,” which is the experience of being incompetent, useless and out of place. 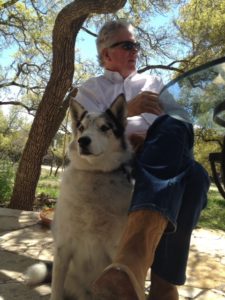 You can see it in the workplace. A leader who seems to be able to contain his whole team and sphere of work in his head and who can feel it all going along right; a doctor saving lives; a pilot making a perfect touchdown on a runway half a world away. And you see it in smaller ways, too. A receptionist who can balance dozens of lines and people coming to her desk, who seems to know everyone in the building and where they are when they’re needed; a checker in a grocery store who knows all the prices, knows the regulars by name, can stop in the middle of checking you out to send someone to get you the better avocados you didn’t see; the London taxi driver who not only knows the fastest way to any place in the city but can tell you the history of everything you’re passing, as well.

This kind of total engagement has two components: one the mastery of a meaningful task; the other is a connection to another person or persons in the commission of the act. I could go out with Dodger this afternoon and pretend to throw something, shouting encouragement and praise while I was doing it, but that wouldn’t interest him for a minute. And I could probably get a machine that would automatically throw the squirrel for him and receive it in a tub when he brought it back, but I bet he wouldn’t go for it. The work needs the connection with another and the connection needs the meaningful task to make it all worth doing. When our work lacks these elements, we imagine we’d rather be fishing. But when the elements are there, we experience everything we are meant to be, at least in the moment.

Fascinating, but incomplete. Here’s my question: can you teach others to get to this place in their work. How? By the way, none of this explains how Dodger knows, to the minute, when it’s time to get going.

Yesterday, we made an appointment with destiny for our old friend, Dodger. For 13 years, Dodger has been my constant companion; my running buddy and my writing partner. While we’ve had two other dogs during that time, there was a connection between Dodger and me that I’ve never experienced with another animal. We just belonged to each other in a profound way.

From time to time over this last decade, I have paused to wonder how I would handle these days. Now I know: you just do. What they can teach us is to be in the moment. Dogs don’t count days forward or backward. They have no expectation of tomorrow. They ask us to be with them in the only world they know, the present. And when we sat quietly with Dodger yesterday morning in the vet’s office, after a long night when it was clear that the tumors inside him and the arthritis were causing him pain, I could clearly feel what he didn’t know how to tell me. That he was done. 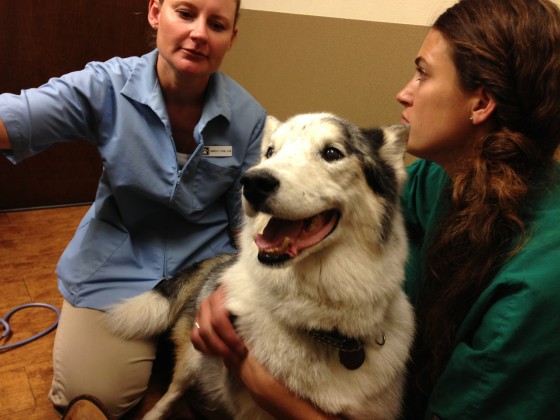 Not that he wouldn’t bravely continue to follow me anywhere he could. That’s in his DNA and in his heart. I would say “in his soul” but people will cry foul and claim that dogs don’t have souls. But there is something here with me and Dodger that is more than attachment and liking. There is a connection between us on a life force level. And after we take the long walk together at the vet’s tomorrow afternoon, that connection will always be there.

These companions teach us things if we will listen and we teach them things, too. But the one command they cannot obey is the one we wish for most. They cannot stay.