At TGI Friday’s, the party is the purpose

Here’s the next segment of Branded to the Bone, my new business book in progress which I’m live blogging as the first draft is written. (Read it now and you’ll find lots of things that won’t make it into the final draft!)

Sometimes, a brand’s purpose changes over time as its customers change. In 1965, when Alan Stillman was living on Manhattan’s Upper East Side, he noticed how many young, attractive single women lived in the neighborhood—flight attendants, models, secretaries—and wondered why it was so hard to meet them. They never came in to any of the bars in the neighborhood and the only time he ever seemed to encounter them was at private cocktail parties. And then they usually had a date. 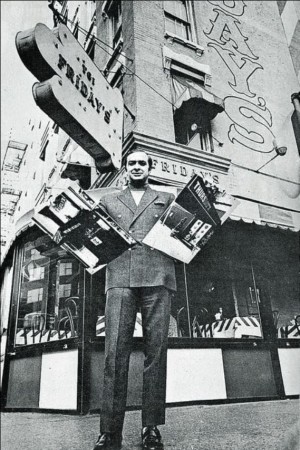 He wondered if it would be possible to create a bar that would be attractive to single women and so he borrowed some money to buy a bar on the corner of First Avenue and 63rd St. called the Good Tavern. He redecorated it in a Gay Nineties theme that fit the hip culture of the times. He added brass rails, stained glass, red striped awnings and singing waiters and changed the name to TGI Friday’s.

Yes, the original business purpose of TGI Friday’s was for the owner to meet women. And it worked. Suddenly, newly liberated young working women had a place they felt comfortable going after work. And where they went, the guys followed. Friday’s was the original singles bar and lines of eager customers wrapped around the block, waiting to get in. 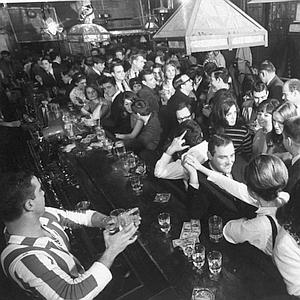 Part of the success of that original Friday’s may have been the time and it may have been the neighborhood (it has been rumored that more than four hundred flight attendants lived in the building next door). But it turned out that much of the Baby Boomer population, then in their twenties, shared Stillman’s brand purpose. Franchised branches opened in Memphis and Dallas with even more spectacular results, with long lines of people waiting for a spot at the bar and sales and profits that were even higher than the New York location.

The success of the Friday’s concept lead to a boom in marriage licenses, suburban homes and baby clothes. And, as their customers moved to the suburbs, so did Fridays. As their customers’ sense of purpose changed, Friday’s went with them, changing from a singles bar to a family friendly restaurant. The staff’s focus changed from keeping the swinging party going to keeping the children entertained. And, although that worked for quite a while, by the Nineties the concept had become a little stale. A variety of public and private corporate masters worked hard to keep the brand interesting, while also keeping their costs down, but mostly Friday’s sank into what the casual dining industry calls “the sea of sameness.” And worse, by sticking to the 1890s theme and the servers in stripes and suspenders, the brand became a cliché that was widely parodied.

Along the way, the company made concession after concession to what they saw as their changing demographics. Pretty soon, they were trying to satisfy everyone, from grandparents to frat boys. It wasn’t bad, it just wasn’t distinctive or different enough to make a difference anymore. Even with menu and décor refreshments, the restaurants seemed like quaint reminders of Seventies style.

There was a critical architectural change, too. Once, the bar was the center of the action at Friday’s. Friday’s was a bar with good food, not a restaurant with good drinks. In the earlier designs, the bar was literally at the geographic center of the building as well as at the emotional center of the experience. But bars are noisy and they used to be smoky. Both to satisfy rules on smoking in restaurants and to satisfy family parties who wanted a quieter atmosphere, the bar was moved to the side and walled off. What had once been the heart of the brand became a sideshow. And when that happened, the brand integrity suffered.

Just for a moment, contrast Friday’s with Porsche. Just two years before that first Friday’s opened on E. 63rd St. in New York, Porsche launched a sports car it called the 911. As we write this, Porsche is celebrating the 911’s 50th Anniversary. It’s the best-selling and most respected sports car in history. It’s probably won more races than any other sports car ever. It has absolutely never varied from its basic purpose and design. And you can see a 911 from any of the eight generations of the car and know exactly what it is. 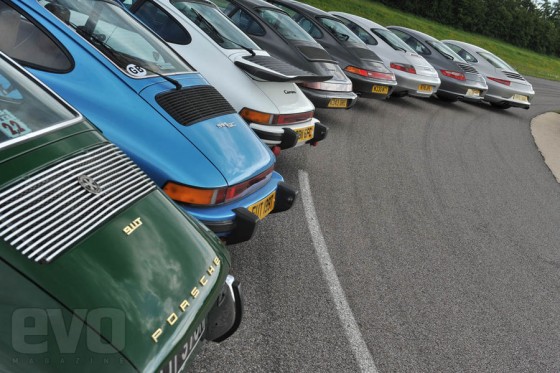 With its red striped awnings and waiters with suspenders, the same might be said of Fridays. The difference is that Porsche never departed from his purpose of creating a fast and fun sports GT car that could go for a win at the local track on Sunday and then go for groceries on the way home. But eventhough the purpose and format never changed, the car itself has. Each generation has led the industry in design and innovation. Each as had more power and performance and each was more desirable than the one before. Porsche kept improving and making itself more desirable to its target brand audience and Friday’s didn’t. Because they kept their focus on their core purpose, Porsche has continually been able to dominate its industry while adding line extensions–like SUVs and sedans—that improved the brand integrity rather than diluting it. By maintaining a clear brand purpose for more than 50 years (actually nearly 70 for the company overall) and building products that had integrity to the brand, Porsche has become an iconic brand.

Friday’s, on the other hand, became indistinguishable from the competition.

Then, in 2010, Friday’s tried an experiment in the Denver market, called Project Rise. They took six restaurants and tore down the walls around the bar. They moved the bar to the center of the restaurant and renovated in a more contemporary style that made the place feel more like a bar and restaurant in a sleek urban setting. They reimagined the menu, with hipper offerings. They updated the music playlist. And they put the staff through extensive retraining. Bartenders learned to be expert in wines and spirits, as well as in reading the needs of customers. Wait staff were reeducated in Food 101 and could tell you where the salmon came from, what the fresh ingredients in each dish were and how it was cooked. They set out to redefine Friday’s, with a focus on the idea that at the heart of their brand promise is what they call “the Friday’s moment,” which happens the moment you walk in the door and shake off your workaday self. They went back to the original brand purpose, which was to create a place that always gives you that Thank God It’s Friday feeling.

The Rise restaurants looked and felt like nothing you’ve come to expect a Friday’s to look like. The idea was to bridge the traditional “casual dining” restaurant with a bar to create what they hoped would be a category of one: a CDBar. And nobody was more enthusiastic than their current customers. They started bringing their friends in to hang out in the bar after work. And the results were striking. By 2013, in restaurants and markets that had been converted to the new Rise concept were significantly outperforming other restaurants in the chain, as well as other competitors.

Why? Because when your customers really understand what your brand stands for—and it resonates with them—then you can build serious, meaningful relationships with them. And, just as important, they can have one with you and your brand.

Read the next segment HERE.