Are We in a Post-Productive Economy? 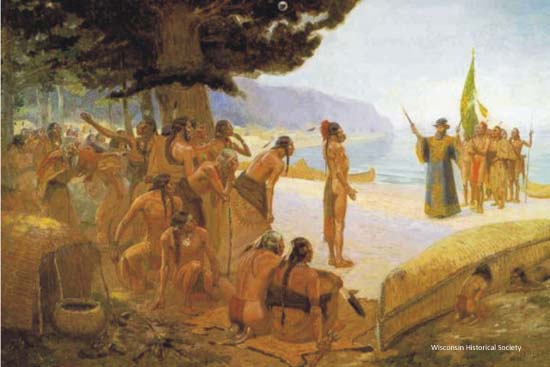 Economist Robert Gordon says that economic growth in the United States is over, at least for the foreseeable future. You can read his essay here. Kevin Kelly thinks he’s wrong and responds with this post on his Technium blog.

“So if people value the benefits of computers and internet so much why don’t we see this value reflected in the growth of the US economy? According to Gordon growth has stalled in the internet age. This question was first asked by Robert Solow in 1987 and Gordon’s answer is that there are 6 “headwinds,” six negative, or contrary forces which deduct growth from the growth due to technology in the US (Gordon reiterates he is only speaking of he US). The six “headwinds” slowing down growth are the aging of the US population, stagnant levels of education, rising inequality, outsourcing and globalization, environmental constraints, and household and government debt. I agree with Gordon about these headwinds, particularly the first one, which he also sees as the most important.

Where Gordon is wrong is his misunderstanding and underestimating of the power of technological growth before it meets these headwinds.”

I would agree with Gordon’s six headwinds and add a seventh: the focus of many of the best minds in America on financial manipulation. Having our best mathematicians working for hedge funds trying to devise new and ingenious ways to skim profits from market fluctuations benefits a small percentage of the people. And while some of that money ends up in venture capital funds, which is nice, it’s not as nice has having our best minds focused on things that matter. Roy Spence of GSD&M is traveling the country talking to everyone about the purpose of business (and of America), saying that the way we get out of this “financial winter” is the same way we always have. We build our way out of it.

Kelly agrees with me on this:

“When science fiction author Neal Stephenson laments: “I saw the best minds of my generation… writing spam filters” he should not give up. It’s not that different that the best minds of a former generation designing oil filters. These are the unglamorous but essential tasks in constructing a whole new infrastructure.”

The issue with the new infrastructure is the possibility that it’s so new that we can’t actually see it yet or understand where it’s going. It’s just all too new, perhaps in the way that the arrival of Europeans in North America was too new for native populations to understand, based on they way they understood economic, social and political dynamics. America wasn’t just a new world to European explorers; it became a new world for the Native Americans, too. The difference, one hopes, is that where that “new world” was bad news for the Native Americans, the new world we’re entering will, I believe, be net positive for everyone. It’s simply and evolutionary stage in human affairs and it’s interesting to see how Kelly lays this evolution out.

The one contribution hedge funds deliver, in my opinion, is the creation of “self-generating wealth.”

“A number of economists have wrestled with the origins of this self-generating wealth. Paul Romer and Brian Arthur both separately point to the recombining and re-mixing of existing ideas as the way economic growth occurs. This view focuses on knowledge as the prime motor in a self-renewing circle of increasing returns. Unlike say energy or matter, the more knowledge you spend, the more knowledge you earn, and the more breeds more in a never-ending virtuous spiral.

What is important is that this self-increasing cycle makes things that are new. New goods, new services, new dreams, new ambitions, even new needs. When things are new they are often not easy to measure, not easy to detect, nor easy to optimize. The 1st Industrial Revolution that introduced steam and railways also introduced new ideas about ownership, identity, privacy, and literacy. These ideas were not “productive” at first, but over time as they seeped into law, and culture, and became embedded into other existing technologies, they helped work to become more productive. For example ideas of ownership and capital became refined and unleashed new arrangements for funding large-scale projects in more efficient ways. In some cases these indirect ideas may have more long-term affect on growth than the immediate inventions of the time.

Likewise the grand shift our society is undergoing now, moving to a highly networked world in the third phase of industrialization, is producing many innovations that 1) are hard to perceive, 2) not really about optimizing labor, and 3) therefore hard to quantify in terms of productivity.

One has the sense that if we wait a while, the new things will trickled down and find places in the machinery of commerce where they can eventually boost the efficiency of work.”

It’s a very thought provoking post and well worth reading.

(Picture: “The Landfall of Jean Nicolet” by Edwin Willard Deming, commissioned by the Wisconsin Historical Society in 1904.)