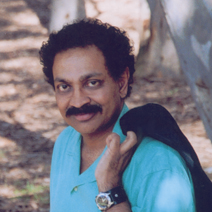 V.S. Ramachandran is a neuroscientist who runs the Center for Brain and Cognition at the University of California, San Diego. He’s passionate about the benefits of low-tech experimentation because he believes it forces us to be ingenious.

Consider the problem of phantom limb pain, in which amputees feel excruciating pain in amputated limbs, so bad they sometimes commit suicide. Doctors have worked on this and theorized about it for centuries; ‘treatments’ included repeated amputations, cutting the limb higher and higher, on the theory the nerve endings were inflamed; cutting the nerve at the spinal cord; massive doses of pain killer; or years of psychoanalysis — all with zero results. No wonder people killed themselves!

Ramachandran looked at the problem and wondered if it was neurological, if the area of the brain that maps the body had been fooled somehow into incorrectly mapping the missing limb. He noted that lots of those who suffered this pain had had the limb immobilized for a long period before the amputation, in a position that would naturally cause muscles to cramp, so he tried an experiment.

He took a mirror and had a young patient sit so that the reflection of his right arm in the mirror gave him the visual illusion that he had two whole arms. Then he had him wave his “arms” like he was conducting an orchestra. In seconds, the patient started screaming, “Oh, my God, the pain is gone!” Two weeks of this, for ten minutes a day, and he completely remapped the brain and cured the condition.

With a $5 mirror. That’s the definition of an elegant solution. And it works with legs, too.

What if the pursuit of high-tech solutions keeps us from seeing low tech innovations?