Are You Writing for Your Better Angels or Your Victims? 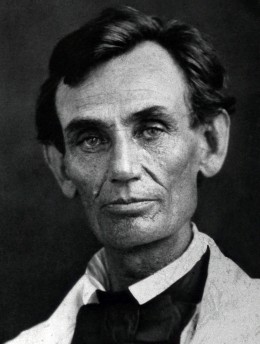 For all the praise that Abraham Lincoln’s Gettysburg Address has received over the years, you might be surprised to learn that on the day it was delivered, it was little noted nor long remembered by those who were present at the event. After the two-hour speech that preceded him, most people walked away from the stage when the President stood up to speak. They had pressing business behind the nearest tree and thought they would only miss the first few minutes of his speech. Imagine their astonishment when they returned from the woods, and discovered that the President’s speech was done. It was only a few days later, when editors around the country started pulling the Gettysburg Address off the telegraph and praising it, that they realized how much they’d missed.

You can imagine how a speaker might feel watching his audience walk away: let down, even victimized by an audience who ignored them, “I spent all that time writing on the back of an envelope,” Lincoln might have whined, “and no one stayed to listen!” But Lincoln was a leader, not a victim. He looked at life through a different lens.

This story came to my mind when I read the manuscript of a new book by a “Zen master” friend of mine, Dr. Frank Allen who wrote, “victimization is the cornerstone of the foundation of human experience.” What he and his co-author are saying is that we view our experience in the context of “cause and effect”. You ran over my dog so I am mad. You broke up with me so I am sad. You cheated me in a deal so I did bad. I’m a victim of your actions.

Those are natural responses in human experience – things happen to us and we have a response. But our responses aren’t always accurate, or genuine when looked at more objectively. Did you really run over my dog or did I let my dog out off leash? Did you break up with me before of after I slept with your best friend first? Did you really cheat me in a deal or did I – like you — fail to do enough due diligence? Looked at more broadly, in none of those experiences am I the victim. In each, I am the cause of my experience.

What’s important about this thinking, from a speechwriter’s point of view, is that it’s useful in analyzing two rhetorical trends that have been with us throughout history: writing for our “victims” or, to quote a phrase Lincoln used in his first inaugural address, writing for our “better angels.” Dr. Martin Luther King, who certainly was a victim of a system that was designed to deny members of his race an equal place in society, never spoke of victimization. In speech after speech, he called all Americans to our better angels. He didn’t just fire up his base (although his base was certainly fired up). He called on everyone who could hear his voice to be inspired by an inclusive vision of fairness. On the other hand, Black Panther leaders railed about their victimization at the hands of the pigs. Dr. King is remembered as a great man, the Panther leaders not so much.

Lincoln had a knack for speaking to the better angels of everyone in the crowd, for understanding other peoples’ aspirations and moral yearnings and speaking to their positive, inclusive selves. According to a contemporary, Helen Nicolay, quoted in Doris Kearns Goodwin’s Team of Rivals, the young Lincoln would listen for hours at Whig Party caucuses, then stand up and outline what they should do to get the vote based on what he heard them say the Democrats were planning. He was adept at understanding not just the scrappy tactics of politics but what people were thinking and feeling on both sides of an issue. As he laid out a positive plan of action to get the vote, based on thinking for the public good, he outlined “the moves for days ahead; making them all so plain that his listeners wondered why they had not seen it that way themselves.” His intuition for the feelings of others and his empathy for their positive intentions gave him the power to walk into his seven debates with this popular Democratic rival Stephen Douglas and turn a crowd to his side. Admittedly, in with a hostile audience it took him a couple of hours to get the job done. He did it by speaking simply and recalling people to their roots as Americans, presenting a clear and carefully connected call to the moral and philosophical foundations of the Nation. 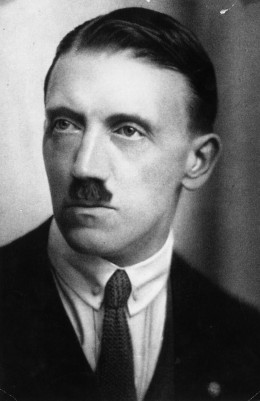 There’s an interesting historical parallel involving Adolf Hitler. Just 56 years after Gettysburg, Hitler began his oratorical career much like Lincoln did, observing rancorous debates in political caucuses. Hitler’s public speaking debut came informally when he attended a rally as an undercover agent. Afraid that he was going to be drummed out of the Army at the end of World War I and unemployed, he volunteered for a unit that was charged with attending and of following fringe political groups. On Friday, September 12, 1919, he attended a routine meeting of the German Worker’s Party in Munich. In a discussion following the speeches, he intervened in a panel argument and essentially took over the meeting, firing up the audience as he spoke about the victimization of the German people. He fed back to them their sense that they had been cheated by outsiders and deserved to be treated better. It was a powerful moment in history that changed the course of the 20th century. From that moment, he was invited to be a featured speaker at rallies, taking the point of view that Communists and Jews had destroyed the country and he alone could save them.

The victimization trope explains the success of Donald Trump as an orator. Trump’s a powerful and compelling speaker who can draw a crowd into a tight circle that feels like it’s just you, him and a few of your buddies down at a table at the coffee shop in town. He’s brilliant at pointing out what we should feel really upset about and who we should blame. Trump’s success in dominating the news for the last 18 months demonstrates the power the doctrine of victimization. It’s a powerful oratorical device because it goes to the heart of how all humans experience life, with victimization as the cornerstone. Things happen out there that affect us and if we don’t think we came out on top, we want to know who to blame.

Shakespeare knew all about victims because it’s at the heart of storytelling. Comedy is about victims who come out on top (usually by toppling a victimizer) and tragedy is about people who decide they’re being victimized. Every one of Shakespeare’s tragedies is based around someone who believes he or she is a victim of someone else’s actions and seeks redress. Tragedy, by definition, ends badly.

And that’s the trouble with playing the victimization card. After early victories, it always comes back to bite you.